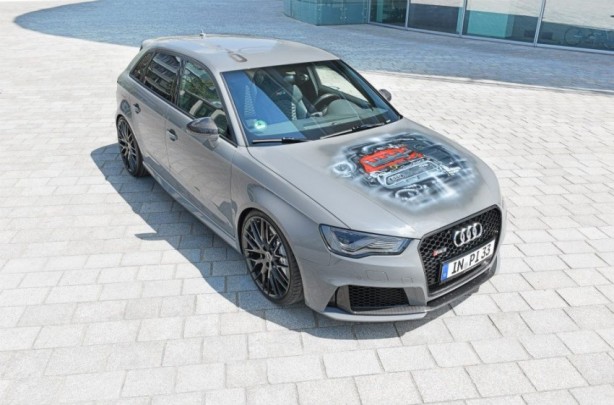 Audi Forum Ingolstadt (AFI) has unveiled a one-of-a-kind Audi RS3 Sportback featuring a series of bespoke enhancements, chief amongst them a set of sinister carbon-fibre wheels and a hard-to-miss airbrushed engine on the bonnet for a “see-through” effect. 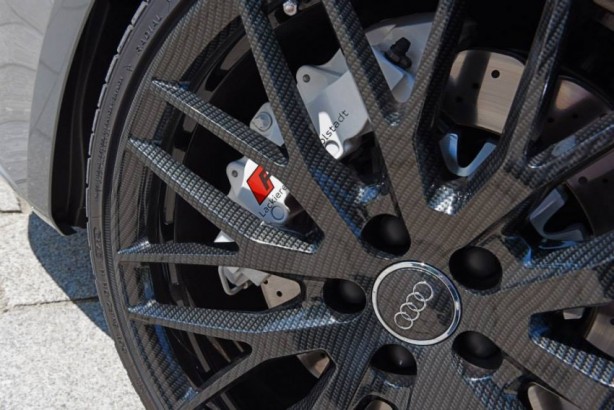 Carbon fibre is not limited to the swanky wheels either; as it is also found on the front and rear splitters, front grille surround and mirror caps.

Inside, more of the lightweight materials are used on the steering wheel, cup holders, seat shells and even the ashtray. 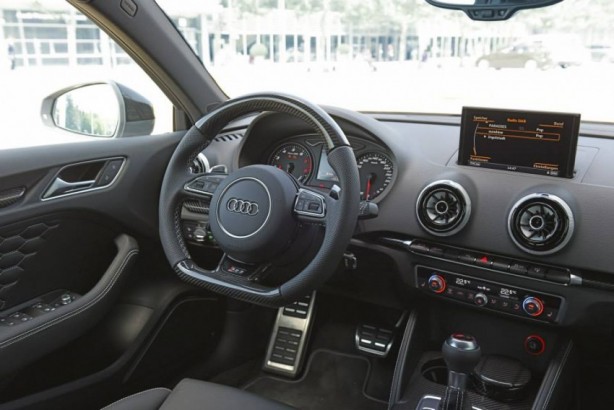 Elsewhere, the RS3’s Quattro lettering on the lower front grille gets LED illumination for that boy racer effect, while the car’s mechanical parts are finished in the same paint as the body or a lacquered glossy black look.

Under the bonnet though, is the same magnificent 2.5-litre turbocharged five-cylinder TFSI engine that churns out 270kW and 465Nm of torque, enabling Ingolstadt’s swiftest hatch to blitz from 0-100km/h in a mere 4.3 seconds.