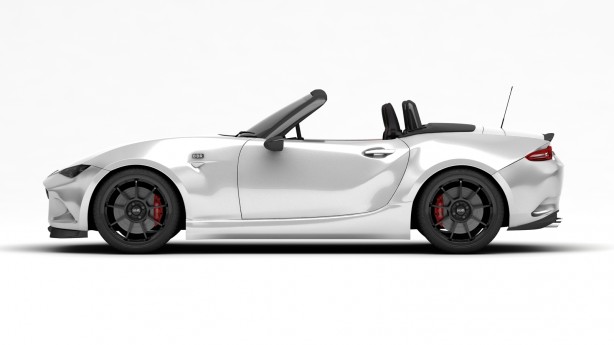 Mazda performance tuner, BBR, has previewed its visual enhancement concept for the all-new MX-5 roadster with a teaser image.

Having viewed a pre-production version of the MX-5, BBR came up with the styling package to add more presence to the svelte lines of the roadster.

“Our current customer base requests subtle bodywork alterations, so we are also working hard on these over the coming months,” said BBR’s Neil McKay.

And the silver theme pictured in this teaser release of BBR ‘s all-new Mazda MX-5 concept? “Watch this space,” comments McKay, “we will be revealing more in spring 2015.”

Besides the styling tweaks, BBR is also working on the car’s performance enhancements. While no details have been released, the company said: “Our objective with the all-new MX-5 is to achieve the same 147kW (200 bhp) output that we can easily enjoy with simple bolt-on components on the current 2.0-litre NC model, before building on further power upgrades using forced induction.”