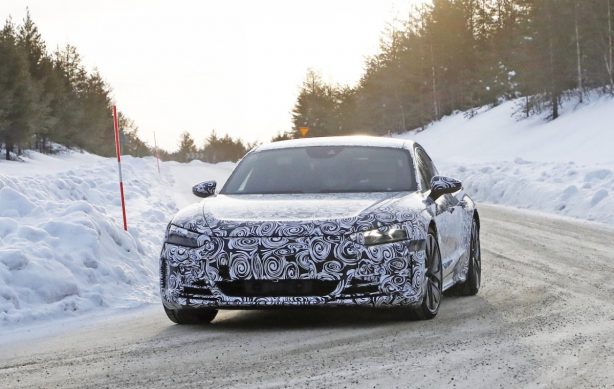 Spy cameras have captured the first prototype of the Audi e-tron GT EV sports coupe. Spotted undergoing cold climate testing in an undisclosed location, the Audi 4-door full electric sports car was clad in full camouflage but that did not prevent fine details from revealing themselves.

Closer inspection of these spy images will reveal a body shape that follows closely to that of the Audi e-tron EV concept on which the prototype is based. Being full electric, the Audi trapezoidal grille is enclosed, while there is an absence of exhaust tips at the rear.

The partially concealed headlights and taillamps resemble those on the concept, so are the large wheels that filled up the bulging wheel arches, with the latter however, adopted a more aerodynamic spoke design. 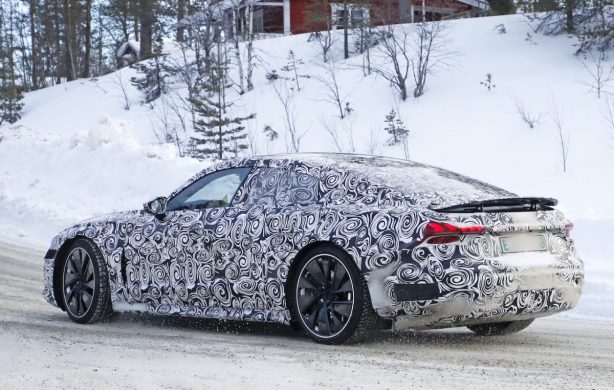 While Audi has yet to confirm details, the e-tron GT concept is propelled by electric motors mounted on the front and rear axles, making it a Quattro. They produce a combined 434kW (582 hp) of power, enabling the EV to demolish 0-100km/h in just 3.5 seconds, or 0-200km/h in just over 12 seconds.

Top speed is electronically limited to 240km/h in the interest of range, which is rated at 400km based on the new WLTP standard. Feeding the motors is a 90kWh lithium-ion battery mounted on the vehicle floor for a low centre of gravity that is said to be comparable to the R8 supercar.

It will take around 20 minutes to recharge the battery to 80% of its capacity, or a range of more than 320km if you plug the car in an 800-volt charging system. However, users can still use conventional charging points with lower voltages, or even induction charging, the latter will top up the batteries overnight with a 11kW charging output.

Energy is also recuperated via regenerative braking, which is said to increase range by up to 30% depending on the mode of operation. Up to 0.3 g, the vehicle recuperates energy solely via the electric motors, without using the conventional brake, which covers for over 90% of all decelerations. 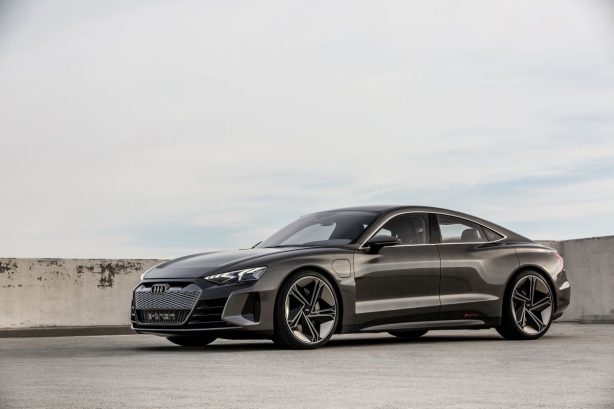 The e-tron GT is likely to debut at the Los Angeles Motor Show in November, with delivery expected to start in early 2021.

Audi intends to launch 20 new models by 2025, with 12 of them full EV models. We can also expect a range of EVs with classic model layouts such as Avant and Sportback.