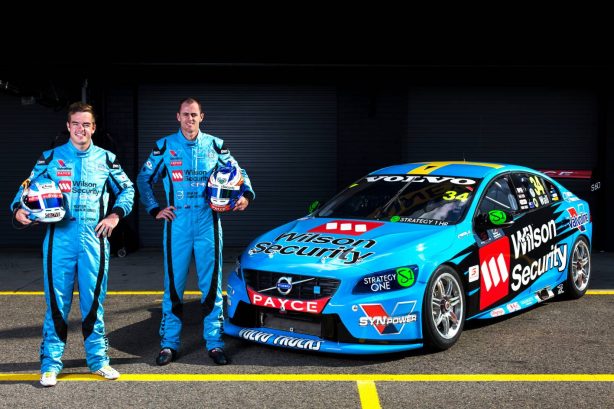 The 2015 V8 Supercars season starts this weekend with the Clipsal 500 in Adelaide, and Volvo Polestar Racing driver Scott McLaughlin, the over-achiever of 2014, is aiming high.

“I am going for the win, the Volvo is really good around a street circuit like Adelaide,” said McLaughlin.

The 21-year-old Barry Sheene Medal Winner made his debut for Volvo Polestar Racing at the Clipsal 500 last year and thrilled the crowds to qualify second and then beat multiple champion Jamie Whincup in an epic last lap fight.

“We had an awesome race last year at Clipsal. Obviously the car has been developed a lot further since then so I am looking forward to using that knowledge this year,” said McLaughlin.

Newly-signed driver David Wall is going to make his debut for Volvo Polestar Racing in Adelaide, and the 32-year-old is aiming to build momentum as the season progresses.

“I am really excited to get to the Clipsal 500 and get the season underway,” he said.

“I was pretty happy with the feeling in the car during the test days. The environment with the team is great and everything is working well so far. I just want to build momentum as the year goes on and really get stuck into it.”

McLaughlin and Wall face a 23-car field in the 2015 V8 Supercars Championship, with 14 rival teams representing Holden, Ford, Nissan and Mercedes. The season features 15 race weekends, with the season finale being held in Sydney on the first weekend of December.

“For us it is very important we hit the ground running and get a good bag of points this weekend. This is the start of our second year and I’m looking forward to it,” said McLaughlin.