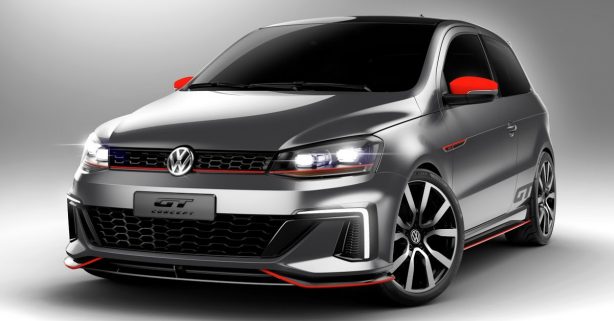 Volkswagen has taken the wraps of its Gol GT Concept at the 2016 Sao Paulo International Motor Show in Brazil.

While it may look suspiciously like a 3-door version of the current-generation Polo GTI, the Gol GT Concept is actually based on the PQ24 platform that underpinned the Mk4 Polo (the main giveaways are the slightly different taillight and hatch). It is Volkswagen’s sportier interpretation of the Gol compact car, which was Brazil’s best-selling car for 27 consecutive years, from 1987 to 2014. 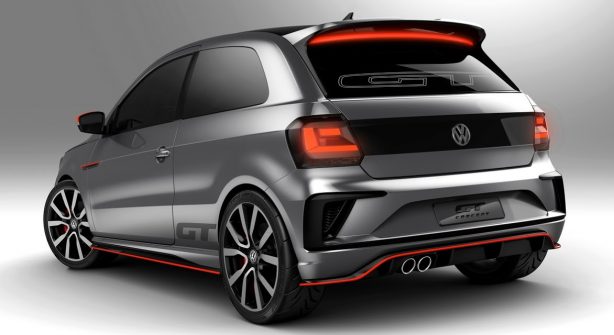 Developed by the brand’s Brazilian division, the concept gets a number of aero components for a racier look, including an aggressive front bumper with lip spoiler and inverted L-shaped LED daytime running lights, full-LED headlights, a rear diffuser flanked by a pair of exhaust pipes, 18-inch ‘Serror’ alloy wheels, tinted taillights and large GT wing.

For that unmistakable GT look, the Gol GT concept is finished in a ‘Grey Volcano’ metallic paintjob, highlighted by ‘Lava Red’ and black accents on the wing mirrors, grille, intakes, outlets and side skirts. 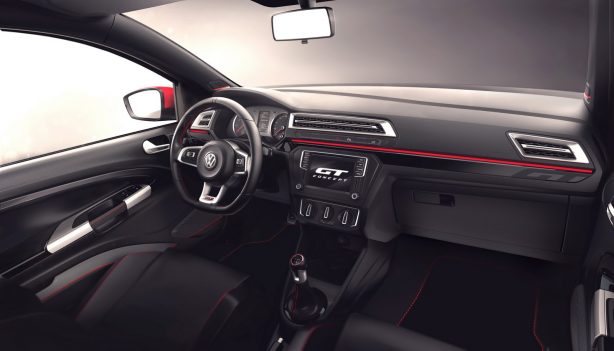 Inside, the cabin gains a flat-bottomed steering wheel pinched from the Polo GTI, along with restyled air-con vents, new door panels, aluminium pedals and shell-type seats. The interior is finished off with ‘GT’ badging and more ‘Lava Red’ accents.

Curiously, Volkswagen made no mention of the concept’s powerplant, though it is likely it features the marque’s 92kW/200Nm 1.0-litre TSI with a flex fuel system.