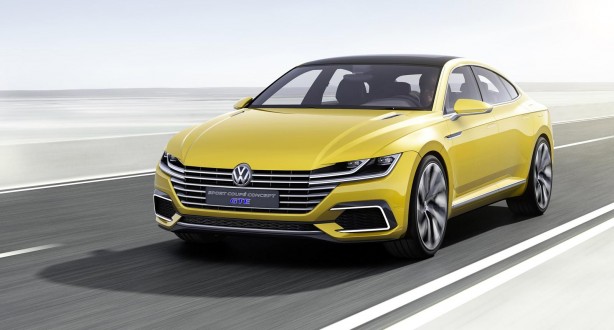 Based on the Passat B8 sedan, Volkswagen says the four-door coupe isn’t a preview of the next-generation Volkswagen CC, as it sits higher in the product range than the CC. However, we won’t be surprised if the all-new CC will be heavily influenced by the concept.

The show car features an enlarged front grille that melds seamlessly with the headlamps. Underneath, the front bumper features air intakes flanked by a pair of C-shaped LED daytime running lights. 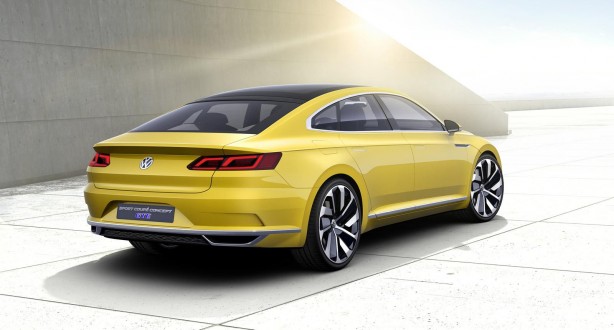 At the other end, the LED taillights are strikingly similar to those on the current Volkswagen CC, while the subtle lip spoiler extends from the shortened rear deck. The concept rolls on 21-inch alloy wheels.

Based on Volkswagen’s now ubiquitous MQB platform, the Sport Coupe Concept GTE measures 4,869mm in length, 1,864mm in width and 1,407mm in height.

Under the elongated bonnet lurks a conventional V6 TSI engine connected to a pair of electric motors to make up a plug-in hybrid powertrain. Combined output from the unit is 280kW (380hp), enough to propel the slinky four-door from 0-100km/h in 5.2 seconds before topping out at 250km/h. 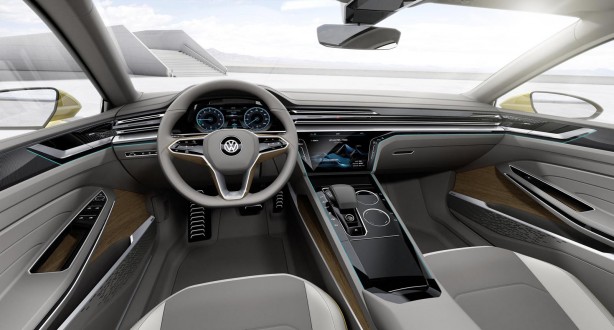 Volkswagen claims the Sport Coupe Concept GTE consumes just 2L/100km of fuel and is capable of emission free cruising of up to 50km. Total operational range is quote at 1,000km.

Inside, like the range-topping Passat it is based on, the concept features a digital instruments. There’s a large centre touchscreen that seemed to merge with the dashboard. At the back, the two rear-seat passengers also get two individual screens embedded into the front seats.