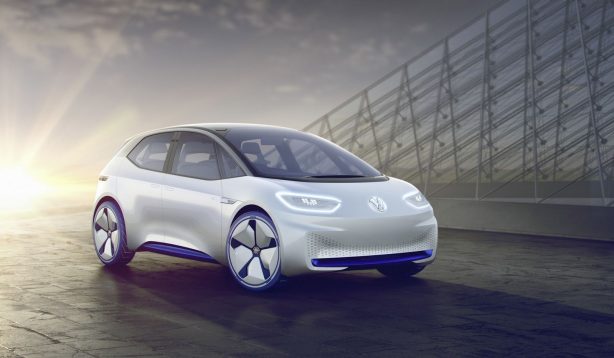 Volkswagen has taken the wraps of its new I.D. Concept at the Paris Motor Show after a series of teasers, which previews a production model slatted to hit the market in 2020.

With an ambitious plan to sell 3 million Electric Vehicles by 2025, the I.D. is touted as one of Volkswagen’s most important models in recent times.

It features a completely new design language created specifically for its upcoming electric line up that according to Volkswagen, would be made up of more than 30 new EVs and set to be rolled out over the next 10 years. 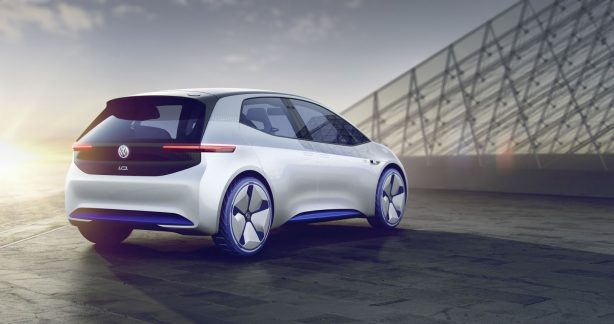 The show car showcases a set of futuristic flushed LED headlights and front bumper that is integrated into the entire front fascia. Its windscreen and glass roof merges seamlessly, while the car’s massive wheel rims are wrapped in blue tyres.

The I.D. concept is underpinned by Volkswagen’s new MED electric vehicle platform and draws its power from a 123kW electric motor. It can zip from 0-100km/h in less than 8 seconds, while top speed is rated at 159km/h. 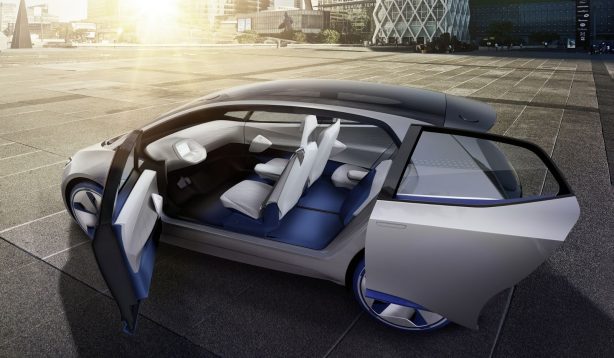 VW says the car is around the size of a Golf but with as much interior space as a Passat. The brand has also confirmed the production version will have a range of between 400 to 600km.

Along with its advanced electric drivetrain, the I.D. will be the first Volkswagen to debut fully autonomous driving from 2025 – activated by pressing the Volkswagen logo on the steering wheel for three seconds. The steering wheel will retract into the dashboard and the car will take over control.

Other advanced features include a head-up display which projects virtual images on the windscreen that appear to be up to 15m ahead and a sizeable 10-inch display which utilises three transparent layers to display a plethora of information, from navigation to digital contents.