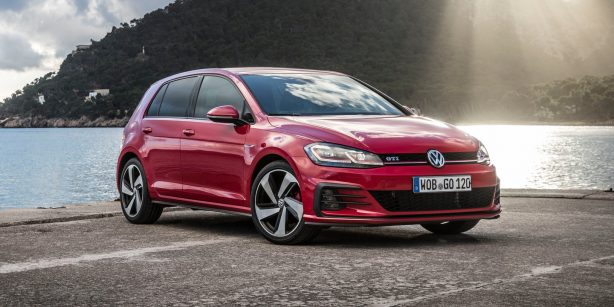 Heeding popular demand, Volkswagen Australia has announced it will introduce the most affordable ever incarnations of the Golf GTI and Golf R performance duo.

The Golf GTI Original and the Golf R Grid Edition will go on sale early in 2018 and later this year respectively.

The Golf R Grid Edition is a lean and mean version of the updated 2017 Golf R, also known as the 7.5 model, one that sits beneath the newly released R hatch and Wagon and the R Wolfsburg versions that go on sale next month. The Grid Edition will be the first Golf R model priced below $50,000, but features the same 213kW/380Nm 2.0-litre turbo four, six speed manual or seven-speed wet clutch DSG transmission and fifth generation 4MOTION all-wheel-drive as the standard model.

Evoking the model’s unique and hallowed heritage, the GTI Original is designed to respond to the clamour of fans who have long demanded a “pure” three door GTI.

Priced below $40,000, the GTI Original will be the most affordable GTI ever. This retro-inspired, but wholly contempoarary, GTI will share the 7.5’s 169kW/350Nm 2.0-litre turbo four, and choice of six speed manual or six speed DSG transmissions.

Full pricing and specification of these new Golf performance models will be released in the coming weeks.