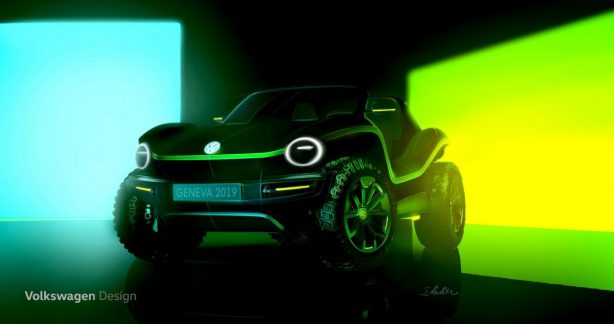 Volkswagen is bringing the iconic dune buggy from the 1960s and 1970s back at this year’s Geneva Motor Show in the form of a fully electric concept based on the company’s modular electric drive matrix (MEB).

“A buggy is more than a car. It is vibrancy and energy on four wheels. These attributes are embodied by the new e-buggy, which demonstrates how a modern, non-retro interpretation of a classic can look and, more than anything else, the emotional bond that electric mobility can create,” explains Volkswagen head designer, Klaus Bischoff. 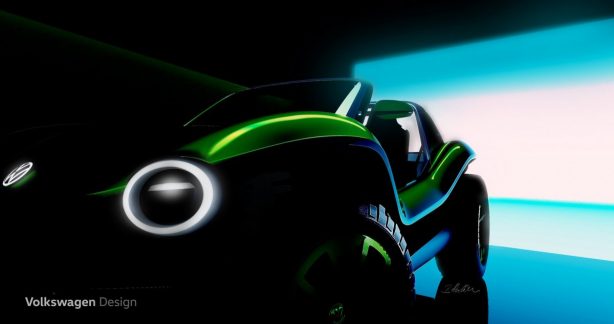 These classic 1960s American buggies first appeared in sunbaked California, where they were based on the original Beetle. As you can see from the teaser, the styling remains faithful to the original, with bold wheel arches housing rugged wheels and an open cockpit.

Volkswagen says the concept demonstrates the modularity of its MEB platform, allowing for not just mass production vehicles to be built on it, but also low-volume niche vehicles as well.

What do you think? Would you be interested in an emission free Dune Buggy?