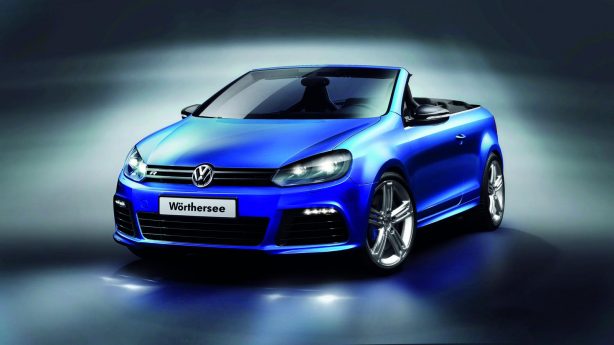 Volkswagen has released the first official video of the company’s latest drop-top, the Golf R Cabriolet.

Sporting a similar front end to the Golf R hot-hatch on which it is based, it has an aggressive front bumper and blacked-out ‘R’ grille. At the back, the Golf R’s trademark twin central exhaust pipes have been replaced with a set of split exhaust similar to the Golf GTI.

Under the bonnet, the ultimate Golf Cabriolet is expected to feature the same 188 kW/330Nm 2.0-litre turbocharged four-cylinder engine (detuned from 199kW for Australia’s hot climate) as the R hatch.

However, don’t expect it to sprint to 100km/h as quickly as the hatch, which accomplishes the feat in 5.7 seconds, due to the cabriolet’s weight penalty. Top speed is expected to be 250km/h (155mph).