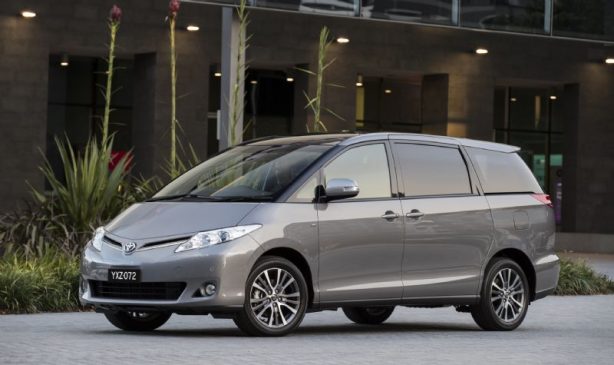 Toyota has given its Tarago people mover the added appeal of extra features, improved interiors and lower prices, bringing it more in line with rivals’ specifications.

Satellite navigation is now standard across the range, being rolled down to the volume-selling GLi and GLX four-cylinder and V6 variants at the same time as recommended retail prices for these variants have been reduced by $1,500.

Range-topping Tarago Ultima V6, which falls in price by $1,716, joins all grades in receiving new safety features – a reversing camera and an emergency brake signal that flashes the hazard lights during heavy stopping.

The four-cylinder Tarago range now starts from $45,490 plus ORC – a price that has not been seen since the 1990s. Prices for V6 grades – first introduced in 2007 – have never been lower, now starting at $50,490 plus ORC. The latest reductions follow price cuts early last year flowing from the free-trade agreement with Japan. 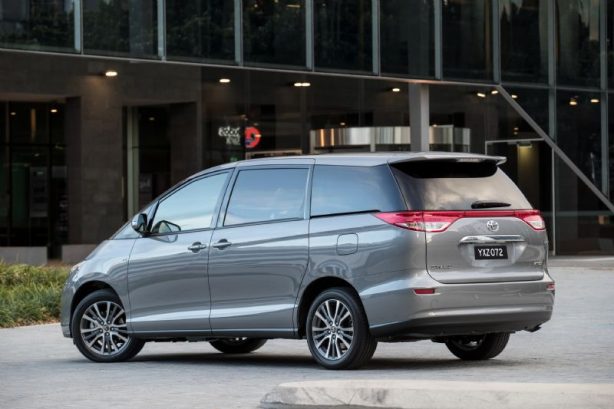 All Tarago interiors have been upgraded with a black soft-touch dashboard, piano-black treatments for the centre cluster and air vents, and improved heater/air-conditioning controls with easier-to-use electrostatic switches.

The instruments have been redesigned to incorporate a colour 4.2-inch multi-information display (MID) alongside a semi-circular speedometer and a horizontal tachometer. New three-spoke steering wheels include MID controls. 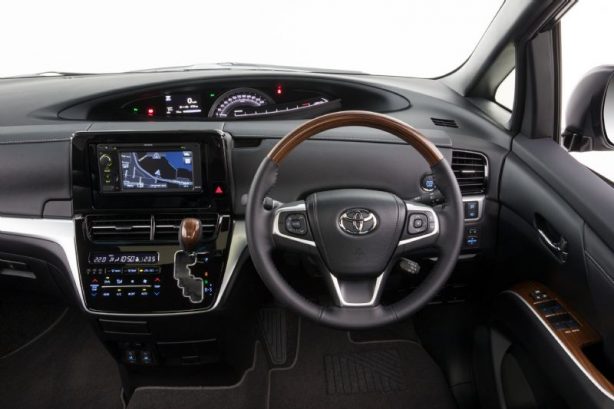 Ultima, and now V6 GLX, have auto-levelling HID headlamps with an adaptive front lighting system that enables them to swivel on low beam to provide better illumination when turning corners.

Six of the seven exterior colours (except glacier white) feature self-restoring paint with scratch-resistant elasticity that can flex on impact and return to its original shape without damage.

Tarago engines are now certified to the higher Euro 5 emissions standard with no change to fuel consumption while the electric power-steering system has been improved with a revised intermediate shaft that provides a more direct on-centre feel. 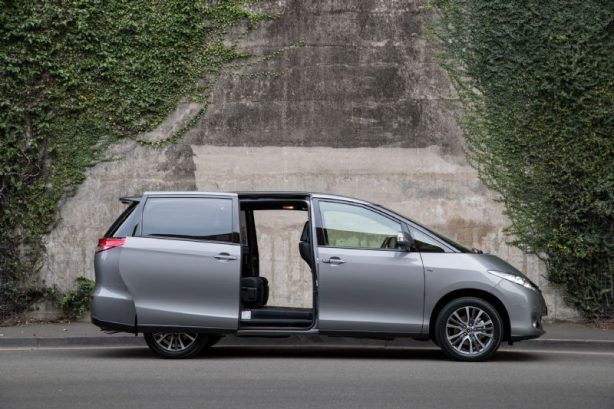 The two top V6 variants are equipped with power sliding rear doors and keyless “smart entry” with sensors on the front and luggage-door handles, while all grades have push-button “smart start” ignition.

Tarago Ultima retains its rear-seat entertainment system for Blu-Ray or DVD viewing on a nine-inch screen located above the front seats. There are three wireless headphones and a remote control. Ultima also has a dual moonroof with sunshade.

GLi and four-cylinder GLX models offer eight seats, including a three-passenger second-row seat with 60/40 split. V6 GLX and Ultima grades have seven seats, including two adjustable captain’s chairs with integrated ottomans in the second row and a sliding centre console.

Three-person third-row seats are split 60:40 and can be folded forward to increase cargo space. In V6 models, they can be stowed with a flat luggage floor and are electrically operated in Ultima.

GLi models run on 16-inch steel wheels while the other grades are fitted with 17-inch alloys – 10-spoke for GLX and 15-spoke for Ultima.

Tarago is covered by the capped-price Toyota Service Advantage at a maximum of $180 per service for the first six standard scheduled services.