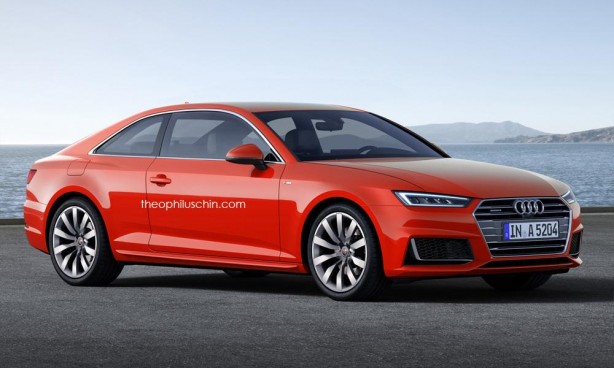 The next-generation Audi A5 is not due until next year but Photoshop maverick, Theophilus Chin, has given us an early “preview” with his interpretation of the 2016 A5 in these renders.

With the new A4 already unveiled, it isn’t hard to imagine how the coupe version will look. As you can see, it’s all rather predictable, with the new grille and slimmer headlights. 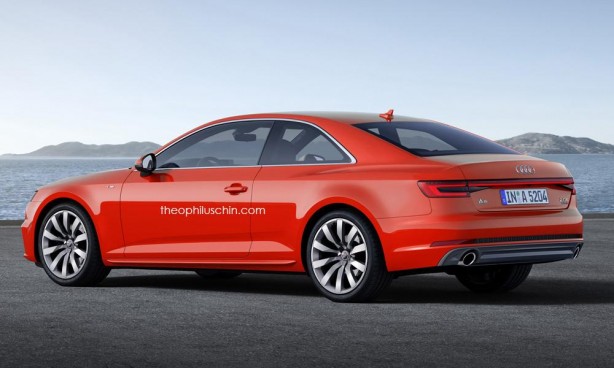 While the styling of the new model is expected to be an evolution of the current car, underneath though, the new A5 is all new, riding on the MLB Evo platform which will shave up to 100kg off the car’s weight despite growing in size.

It will share the A4’s lineup, including its range of petrol and diesel engines. Like the current model, an S5 Coupe powered by a 3.0-litre turbocharged V6 delivering 260kW, and a range-topping RS5 churning out around 353kW are also on the cards.