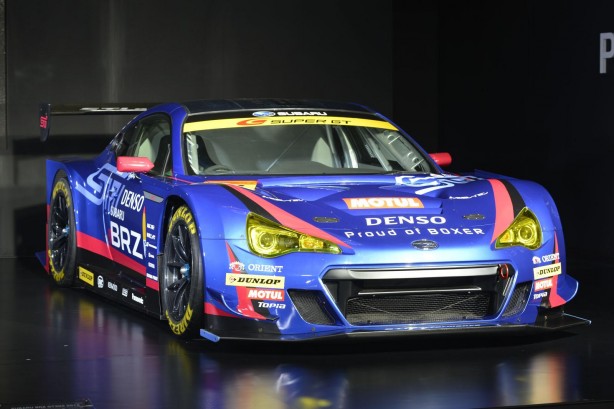 Subaru has taken the wraps off the BRZ GT300 race car at the 2015 Tokyo Auto Salon, which is taking place this weekend.

Described as a “further evolution” of the 2014 model, the Subaru BRZ GT300 will compete in the 2015 Super GT series championship in the GT300 class. Racing drivers Takuto Iguchi and Hideki Yamauchi will be driving for the Subaru racing team. 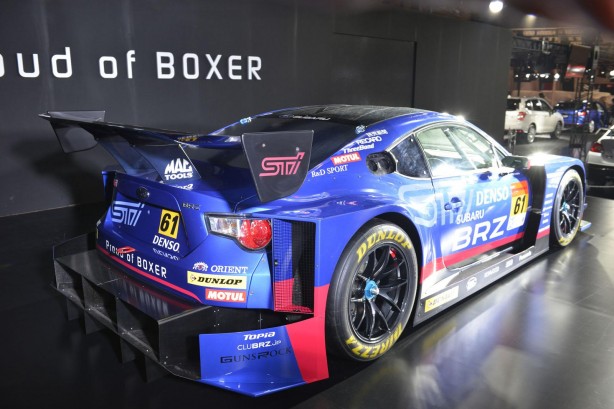 The race car employs the same front-engine, rear-wheel-drive layout as the production BRZ model. Power comes from a race-prep 2.0-liter boxer engine producing 350 hp (257 kW) and 441 Nm (325 lb-ft). Dunlop tyres, which have been used in the Nürburgring 24-Hour Race, will be fitted to the BRZ GT300 race car.