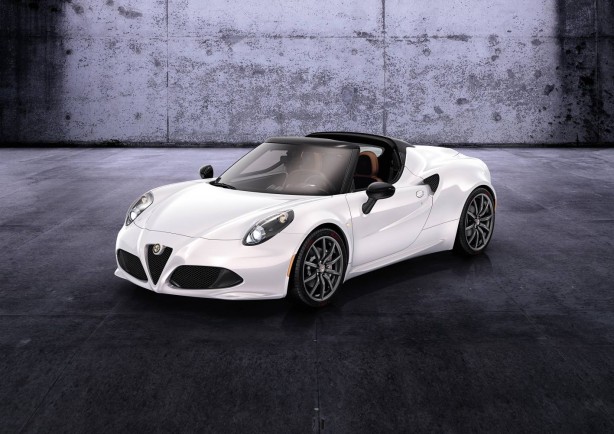 FCA Australia has today confirmed local pricing for the Alfa Romeo 4C Spider, which is due to arrive Down Under in November 2015.

The open-top 4C Spider will join its hard-topped sibling in Australia priced from $99,000 plus on-roads.

Like the 4C Coupé, the 4C Spider will feature a mid-engine layout and powered by an all-aluminium 1.8-litre direct-injection, dual intercooled, turbocharged four-cylinder petrol engine delivering 177kW – an impressive 101kW per litre, and 350Nm of torque. It is mated with Alfa’s TCT (twin-clutch transmission) driving the rear wheels.

The Spider is equipped with a soft top which can be removed manually by one person and can be stored in the luggage compartment in a specifically designed roof storage bag.