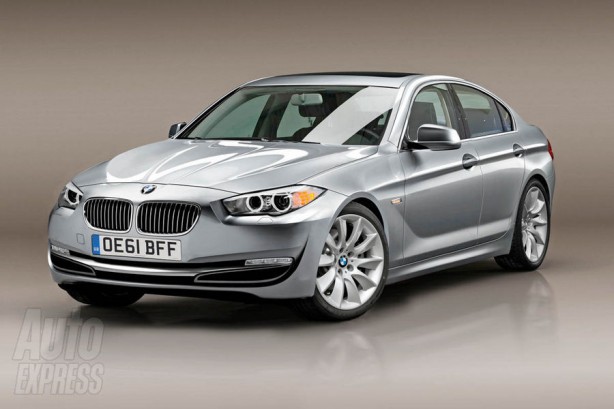 The most popular BMW has been revealed and it looks sharp! The next generation 3-Series, which is due within the next 12 months, promises more fuel efficient engines, improved handling and a larger model range – including a Gran Turismo hatch – ala 5-Series.

Our source at AutoExpress has produced this computer-generated image based on spy shots of the new car caught testing in Germany over the last few months. If you see BMW 5-Series all over, you are not wrong. With upright and wider kidney grilles and similar silhouette, the new 3-Series is a handsome car.

This is a far cry from the controversial styling of the current 3-Series which was penned by Chris Bangle. The new model is produced under new design boss, Adrian Van Hoydoonk, and sits on an all new platform that will also underpin the next generation 1-Series. 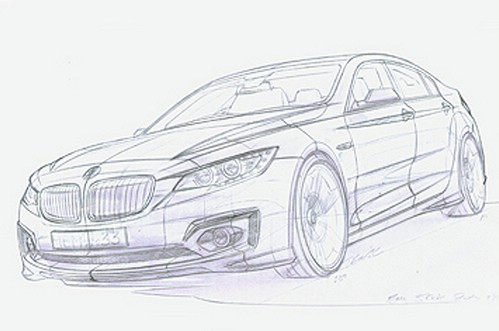 One of the main criticisms of the current 3-Series is its ride quality running on BMW’s standard run-flat tyres. BMW is well aware of that and its engineers will be working hard to make the ride more comfortable. It uses MacPherson front suspension and a four-link rear layout. The power steering system will also migrate to an electronic system.

As with each new generation of cars, the sixth-generation 3-Series will be longer and wider to offer better interior packaging. Weight reduction is also high on the agenda with increased use of composite materials.

Expect gadgets found in the 7 and 5-Series to trickle down as well, such as wireless internet, lane guidance, infra-red night vision, driver attention assist and adaptive cruise control.

New 4-cylinder petrol and diesel engines will also feature. These will have variable intake and exhaust timing and direct fuel injection to improve performance and efficiency. They will be mated to the standard 6-speed manual or optional 8-speed automatic.

European models will also feature stop-start technology, brake energy recovery and clever alternators, said to cut fuel consumption and CO2 by 10%. We are however unsure whether these technologies will make it to Australia due to our warmer climate.

The Bavarian crew is also busy working on a 3-cylinder engine, which promises only 100g/km of CO2. Fans of the V8 engine in the current M3 is likely to be disappointed to learn that the new M3 is likely to use the firm’s 3.0-litre 6-cylinder turbocharged engine in an effort to reign in fuel consumption.

The new 3-Series is scheduled for launch at the end of 2012 in Europe.