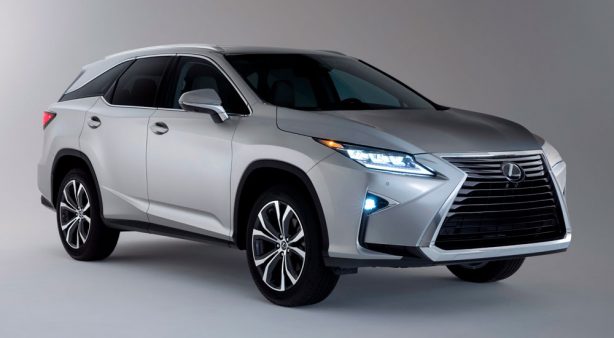 Lexus’ top-selling SUV has been given the flexibility of three rows of seating to meet customer demands and dealership feedbacks. The seven-seat Lexus RX crossover now joins its five-seat sibling and will become available from 2018.

Retain the model’s sleek designs, the 2018 RX 350L and RX 450hL extended the body length 110 mm at the rear and used a steeper tailgate window angle to liberate extra headroom for the additional passengers and ensure uncompromised luggage-space length behind the third row. 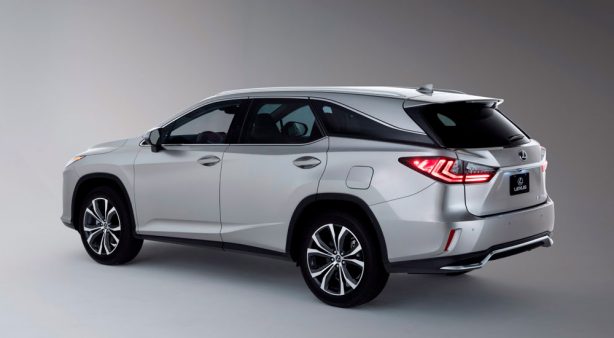 Lexus says the 60/40 split-fold third row can accommodate both child seats and adults and is designed to offer the same comfort and luxury as in the middle row. It is positioned slightly lower than the second row, creating more foot room for rear passengers.

Third-row passengers have the comfort and convenience of separate rear air-conditioning and dedicated vents as well as a pair of cupholders.

Details that enhance versatility include a flat load floor behind the folded third-row, a hands-free power tailgate, an easily stowable tonneau and covered slide rails.

Access to the third row is made easy with a one-touch lever that folds and slides the second seat forward. Second-row seating head and legroom are unchanged. 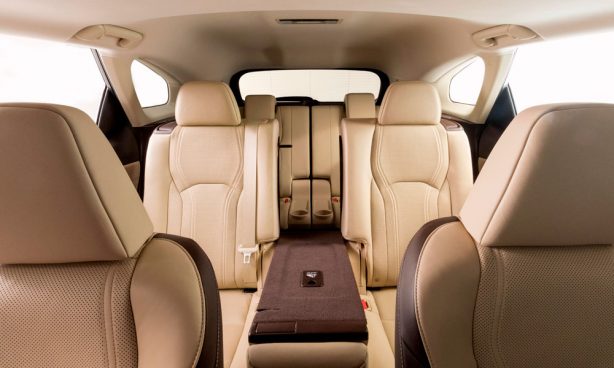 Ten airbags are also standard, including full-length side curtain airbags that cover all three rows.

While the five-seat RX is available with a 2.0-litre turbo petrol engine driving the front wheels in the RX 200t variant, the RX L is only available with the two more powerful six-cylinder engines.

The 3.5-litre V6 engine in the Lexus RX 350L develops 216 kW of power and 358 Nm of torque, with performance and efficiency optimised by an eight-speed automatic transmission.

It uses an electronically controlled coupling ahead of the rear differential to send up to 50 per cent of available torque to the rear wheels, depending on driving dynamics and road conditions.

The AWD system is unique to the hybrid model. Instead of transfer gears and a driveshaft to the rear wheels used on RX 350L, an independent rear-mounted electric motor drives the rear wheels when needed to help maintain optimal traction.

In the RX 450hL, the Drive Mode Select system adds a fourth mode, EV, that enables the vehicle to drive under electric power at low speeds for short distances.

The RX was introduced to the Australian market in 2003 and this year is experiencing its strongest deliveries since 2013.

Specification and pricing for the Australia RX “L” variants will be announced when they are launched locally.