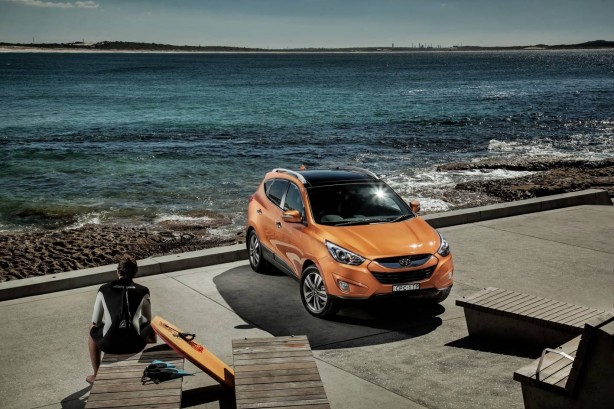 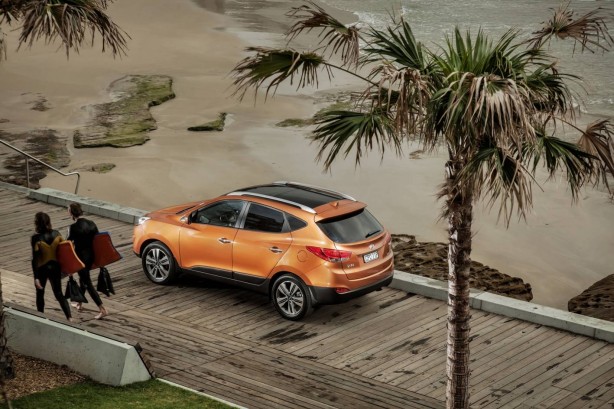 Inside, changes include new seat upholstery on entry-level Active and new soft-touch front and rear upper door trims on the Elite and Highlander variants. The front cupholders have been reshaped and now feature mood lighting. At the back, the newly redesigned 60/40-split rear seat now comes with two-stage reclining function to give rear passengers more control over their level of comfort. 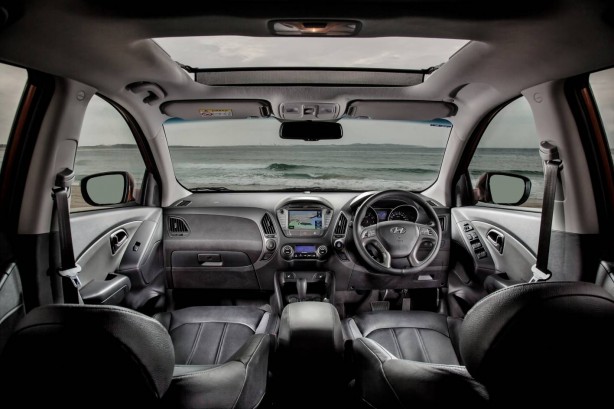 The biggest changes though, are under the bonnet and underneath the ix35 itself. It is powered by a pair of all-new direct-injection petrol engines.

The 2.0-litre GDI engine that powers the entry level ix35i Active and also is available in the middle-specification Elite delivers the same 122kW of power as its multipoint-injected predecessor but, thanks to direct-injection, now delivers 205Nm of torque (up 8Nm).

Power in the direct-injected 2.4-litre Theta GDI engine has increased to 136kW (up 6kW) while torque becomes 240Nm (a sizeable jump of 13Nm). 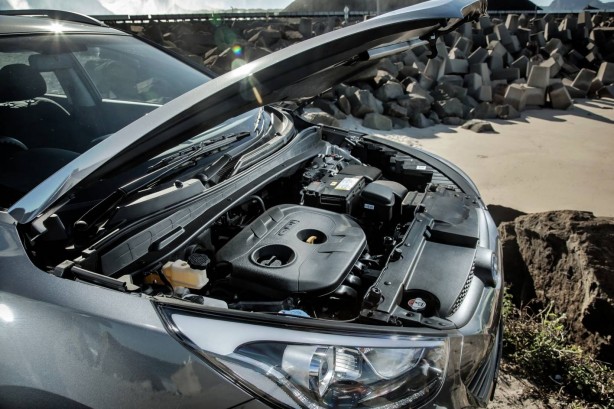 The entry-level, two-wheel-drive-only ix35 Series II Active now steps up to a six-speed manual gearbox, rather than the five-speed ’box that was standard in the original ix35. A six-speed automatic transmission is optional in Active and standard across the rest of the range.

Further mechanical enhancements include the incorporation of a quicker-ratio power steering system (down to 2.83 turns lock-to-lock from 2.99), now with 32-bit computer processing, rather than the 16-bit system found in the old model, and the adoption of locally developed suspension tuning. 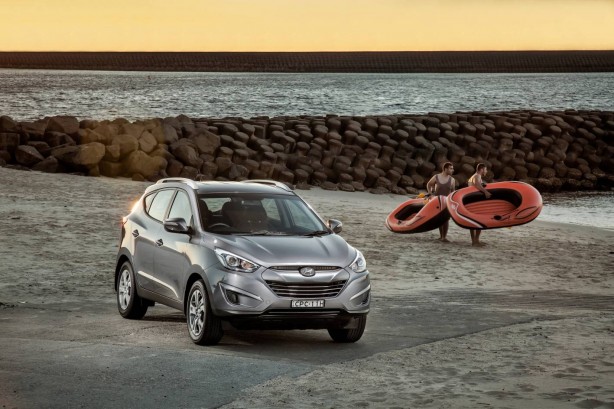 The ix35 Series II achieves the highest 5-star ANCAP safety rating and, on Elite and Highlander variants, a rear-view camera.

Like the rest of the local Hyundai range, the Series II ix35 benefits from the brand’s Capped Price Service schedule for 3 years.