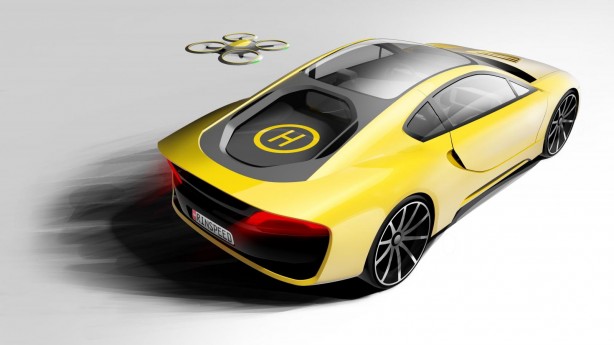 Rinspeed has released a teaser image of the company’s driverless concept car, which is set to make its debut at the 2016 CES Consumer Electronic Show in Las Vegas.

Called the Etos, the Swiss company says the concept has an intuitive, adaptive autopilot that is capable of learning. In autonomous mode, the car’s steering wheel folds up and retracts completely into the dashboard, while its two curved windscreens individually move closer to the occupants to provide a better view. 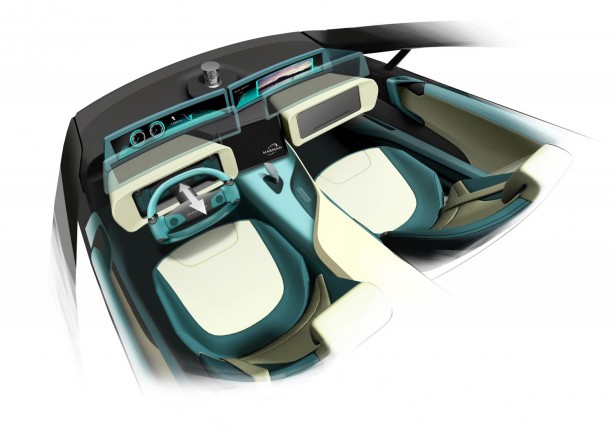 Its infotainment system has also been adapted for autonomous driving using the innovative Harman Connected Car technologies. It is said to operate just like a personal assistant – in a thinking, courteous and anticipatory manner.

As for the helipad at the rear of the hybrid Etos, it’s for the car’s own drone! Rinspeed says the drone could be used to fetch its driver a bouquet of flowers and then deliver it directly to the lucky recipient. It could also take a video of the wild ride on the favourite fun road and stream it live to friends.

The Etos has been developed in partnership with 25 companies, including Borbet, Harting, Rehau, Stahl and others.