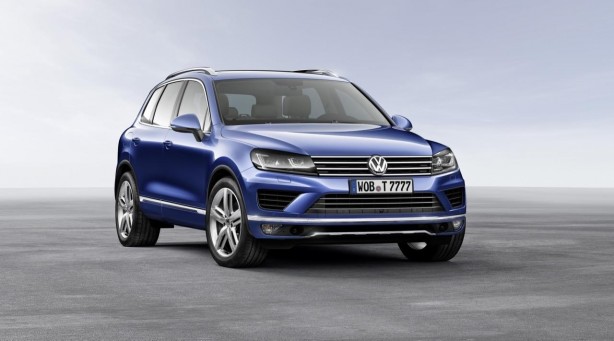 Volkswagen has officially unveiled the updated 2015 Touareg SUV ahead of its scheduled debut at the Beijing Motor Show which opens its doors from April 20.

First photos revealed subtle changes around the exterior including a revised front bumper for a tougher look, updated rear bumper with a redesigned rear apron, and chrome surrounds for a more premium feel. The grille is now wider, flanked by restyled bi-xenon headlights with a darker tint. New color and wheel options will also be available. 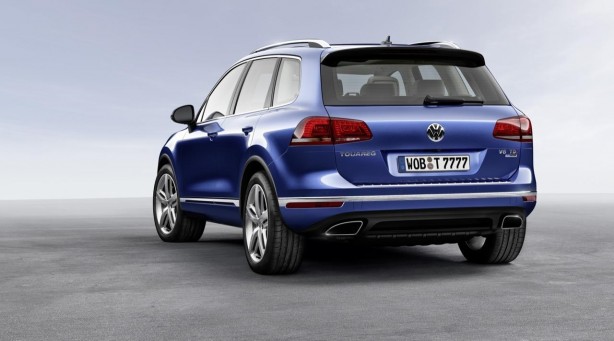 Inside, the full size SUV gets new leather hues, chrome accents for the dashboard and while illumination for controls. All models come with eight-speed automatic, 4MOTION all-wheel drive system and fuel-saving coasting function as standard, a feature that decouples the engine from the transmission to help reduce parasitic losses in the drivetrain for better fuel efficiency. 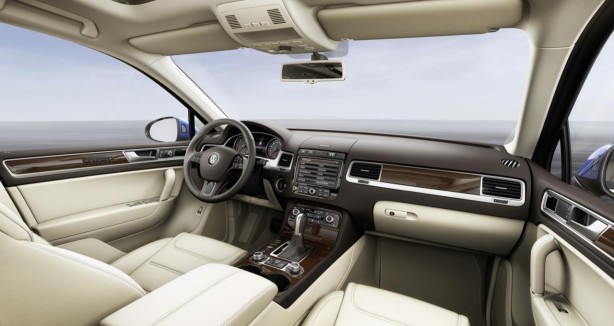 The revised Volkswagen Touareg is expected to arrive in Australian showrooms later this year.