Revised 2015 BMW 6 Series and M6 arrive Down Under 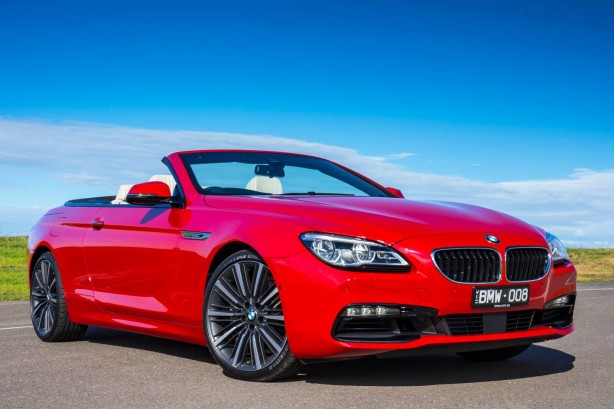 The mildly revised 2015 BMW 6 Series range has arrived Down Under. Subtle refinements to the interior and exterior highlight the changes evident in the new BMW 6 Series, while ongoing chassis development and engineering has yielded advances in ride and handling.

BMW Group Australia Chief Executive Officer Marc-Heinrich Werner said the boosted levels of specification, and unique possibilities afforded by the new BMW 6 Series will assist the model in building on the success of its forerunner.

“The BMW 6 Series range has proven a strong performer in the Australian market since the arrival of the second generation model in 2011,” Werner said. “It is an expression of BMW luxury and driving performance, with the diversity of its body variants, and scope for personalisation standing the model apart within its market segment.”

“Though the design changes are more evolutionary in nature, we are confident the updated fascia, and significantly increased levels of specification will ensure the new BMW 6 Series remains ever-present, and expands its footprint,” Werner added. 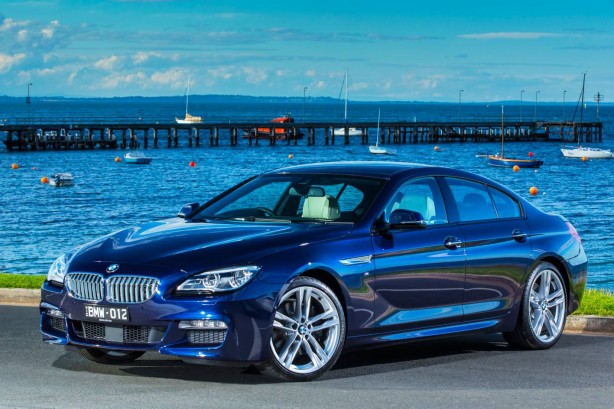 Headlining the new exterior is the revised BMW kidney grille, along with newly developed full-LED headlights which are standard across the range. The front bumper is now sharper and wider with the lower air intakes no a single stylistic unit.

The rear bumper of six-cylinder models now features larger surrounds for the exhaust system’s tailpipe embellishers, whose diameter has been increased from 80 to 90 millimetres. Elsewhere, a newly designed 20-inch multi-spoke variant has been added to the selection of optional light-alloy wheels for non M models.

Customers can select from Citrin Black, Ruby Black, Moonstone and Tanzanite Blue in addition to the range of existing metallic and non-metallic paintworks.

The interior has been updated with new trim, including high-gloss black surfaces in the centre console. The use of LED units for the illumination of the footwells, door exits and glove compartment provides a more even distribution of light. 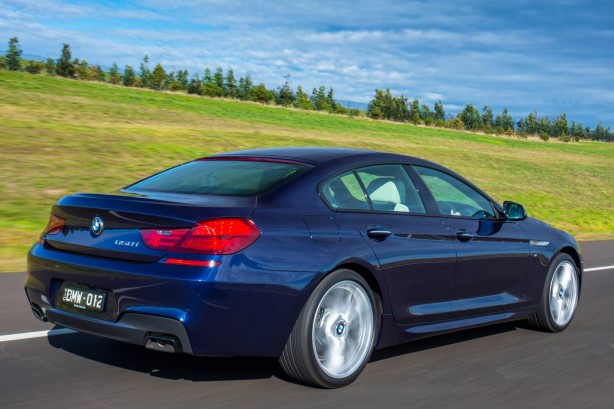 The 2015 BMW 6 Series range carries over the engine line up from the pre-update versions, which includes six-cylinder boosted petrol and diesel units, as well as the range topping twin-turbo 4.0-litre V8 petrol developing 330kW and 650Nm in the 650i.

All petrol models now offer an even more dramatic engine soundtrack thanks to a standard-fitted sports exhaust system with switchable flap. Also standard for 2015 is the Connected Drive navigation package, a hands-free facility with USB interface and a SIM card embedded in the car. The SIM card enables use of the likewise standard Intelligent Emergency Call system and BMW TeleServices, as well as data transfer for other functions, such as ConnectedDrive Services and Real Time Traffic Information for the navigation system.

Along with the 6 Series pricing announcement, BMW Australia has also finalised pricing and specification for the new BMW M6 ahead of its Australian launch this month, confirming the arrival of the Competition Package as a standard inclusion on all variants. 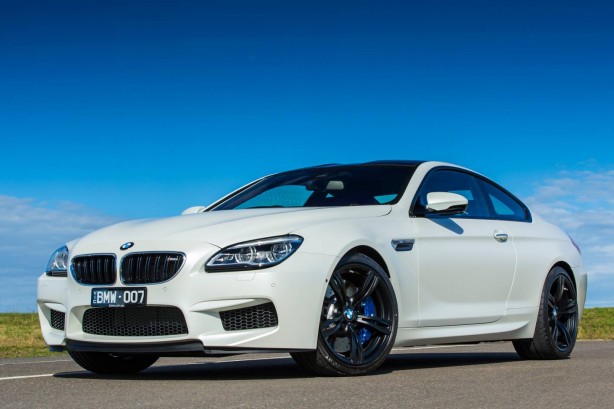 Further enhancing the performance characteristics of the new M6 Coupe, Convertible and Gran Coupe, the standard Competition Package boosts the output of the high-revving V8 engine by 29kW to 441kW.

The increase in power manifests itself in the new M6’s acceleration figures, with the M Competition package helping propel the car from 0-100km/h in 3.9 seconds in hard-top form, and 4.0 seconds with the drop-top, shaving a tenth of a second from the performance time of its predecessor.

Peak torque is boosted to 700Nm, a 20Nm increase over the previous model, and is available across a wide rev band from 1,500rpm to 6,000rpm.

The dynamic driving characteristics of the new M6 are further amplified by a revised M Dynamic Mode, while the models also receive a more direct rack-and-pinion steering set-up with M-specific Servotronic function.