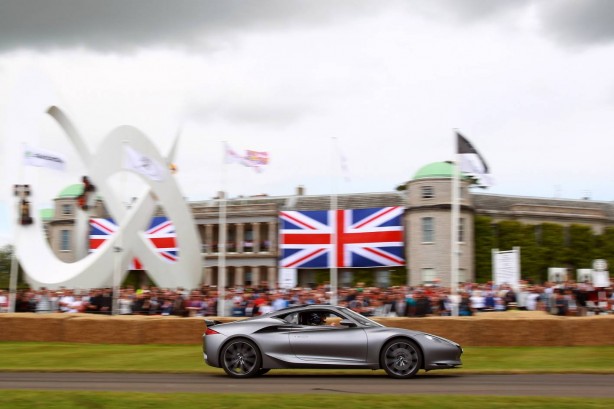 The Infiniti EMERG-E Prototype will hit the Goodwood Festival of Speed this weekend. It marks the debut of EMERG-E’s first working prototype since the Concept’s launch at the Geneva Motor Show earlier this year. 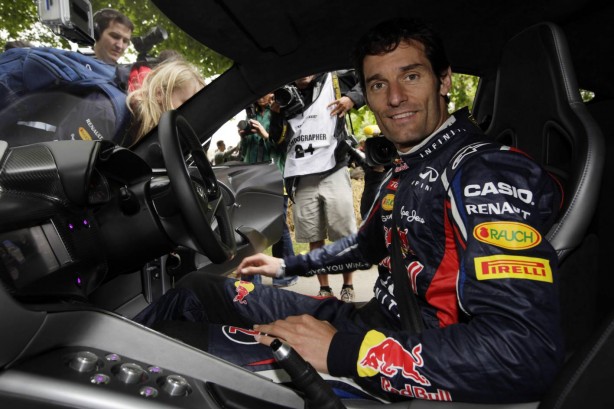 Infiniti brand ambassador and Red Bull Racing Formula One driver, Mark Webber, was the first driver to put the range-extending hybrid sports car to its pace yesterday, on the famed hillclimb at Goodwood. 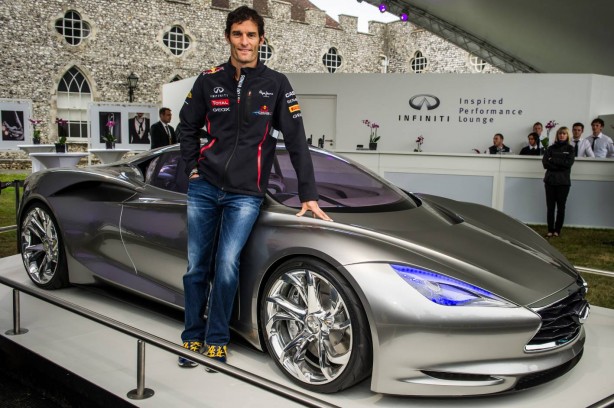 The EMERG-E is powered by twin electric motors which generate 402bhp (300kW), enough to propel the futuristic sports car from 0-60mph in just 4 seconds and on to a top speed of 130mph. under full electric power, the Infiniti EMERG-E operates as a zero emission vehicle for a 30 mile range. A Lotus-engineered 1.2-litre three-cylinder petrol engine kicks in to recharge the batteries beyond this range. The tiny engine produces only 55g/km of CO2 over a 300 mile range. 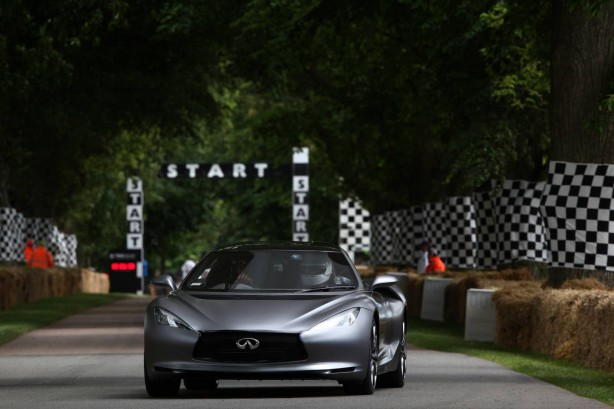 Commenting after his drive, Mark Webber said: “I’m used to Formula One cars that make a lot of noise, so to drive a silent car was very new to me! Infiniti have made something really nice here. The EMERG-E looks beautiful and is very quick – faster than you expect with it being so quiet. It was great fun being able to drive it up the hill. Cars like this have to be the future – fast, fun and clean.” 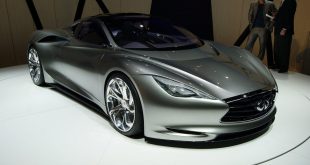