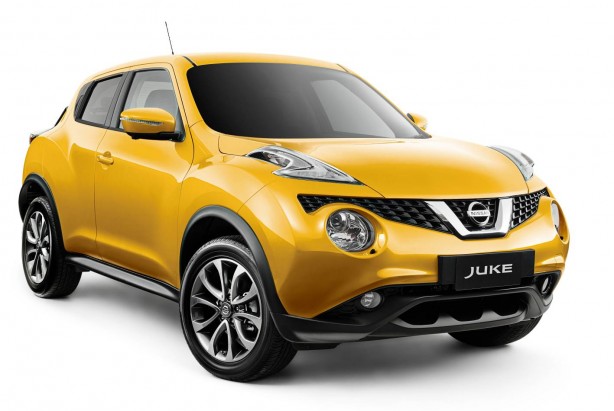 Nissan has refreshed its Juke compact SUV with styling updates, new features and an additional engine variant in the line-up.

Positioned as a sporty crossover in Nissan’s extensive SUV range, the revised Juke will arrive in dealerships in late March priced from $23,490 excluding on roads.

The 2015 Nissan Juke receives minor tweaks to its funky exterior for extra appeal. At the front, the upper lamps have been redesigned and now incorporate bi-intensity LED daytime running lamps while the headlamps in the Ti-S model now have Xenon bulbs and new lens covers for better visibility. The grille incorporates the new Nissan brand signature while the front has been toughened with new and more robust trim beneath the bumper.

The door mirrors have been revised in all grades to include LED side turn strip repeaters and the Ti-S grade’s mirrors are fitted with cameras for the Around View Monitor (AVM). 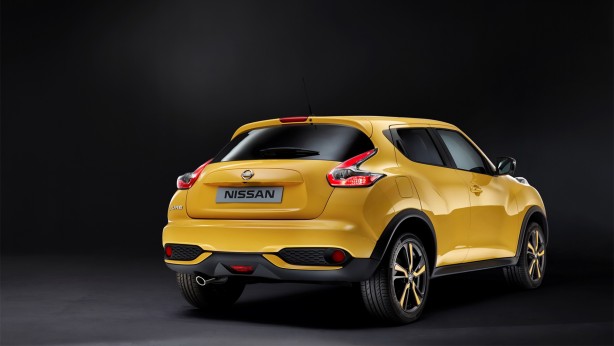 With the Ti-S models, the NissanConnect telematics system now offers smartphone connectivity with access to a variety of apps through 5.8 inch colour touch screen. The latest generation satellite navigation system also integrates with Google online search to reveal a host of useful information from weather forecasts to the location of fuel stations, hotels, restaurants and many other points of interest. 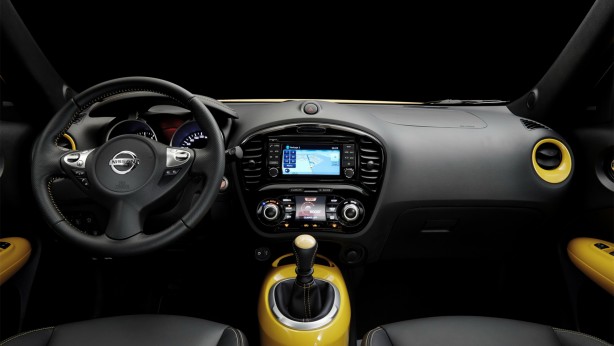 Changes have also been made to the shape of the boot area in two-wheel drive models to boost luggage space by an impressive 40 per cent, taking the overall capacity to 354 litres. Versatility is further enhanced with a flat folding rear seat, making it easier to load large objects, while the inclusion of a two-stage floor in the luggage area makes the space even more flexible.

Highlight for the 2015 update is a newly-developed 1.2-litre DIG-T turbocharged four-cylinder petrol engine delivering 85kW and 190Nm. The lightweight engine features automatic idle Stop/Start as standard and has an average fuel consumption figure of 5.6L/100km.