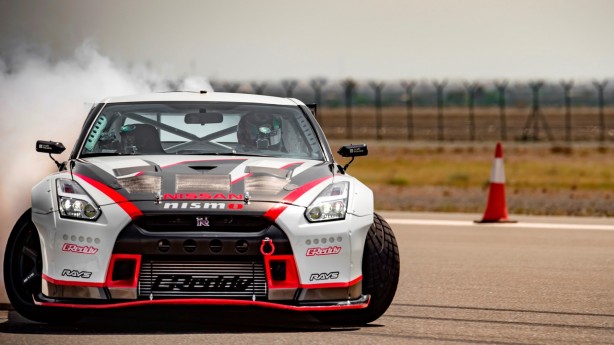 Using a specially-tuned 2016 Nissan GT-R developed with the support and coordination of Nismo specialists, Masato Kawabata, the Japanese drift champion and title holder for the Japanese drifting series, managed to drift at an incredible speed of 305km/h (189mph) and 30 degrees angle. The record run was performed during a special event at Fujairah International Airport, UAE.

Nissan explains the GT-R used for the stunt was tuned to an insane 1,105kW (1,380hp) and modified so all the power went to the rear wheels. The car was tested extensively at Japan’s Fuji Speedway facility with Kawabata at the wheel. Helping Nissan and Nismo was aftermarket company GReddy Trust. 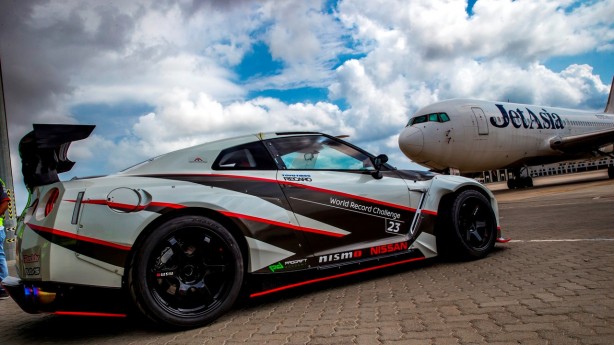 “Once again, Nissan has broken a Guinness World Records title and has made international history for the fifth time in the Middle East,” Samir Cherfan, managing director of Nissan Middle East, commented.

“The Nissan GT-R is one of the world’s most iconic supercars, proving time and again the incredible breadth of its capabilities, and has clearly demonstrated its performance leadership by beating the best drift cars out there. The fact that this achievement was set here in the UAE makes it even more special for our region. Setting this incredibly difficult world record was a clear demonstration of the excitement we are bringing to the Middle East with the Nismo brand.”

Update: Nissan has released a video footage of the record-breaking drift today. Check it out!