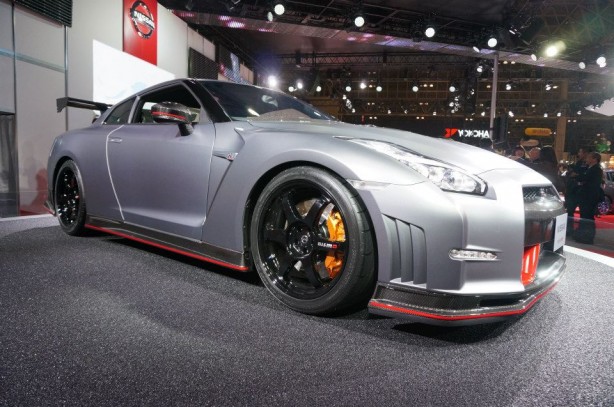 Nissan together with Autech Japan and motorsport tuning arm Nismo showcased one of the biggest crowd puller at the 2014 Tokyo Auto Salon, the Nissan GT-R Nismo.

Drawn on three decades of racing experience gathered by Nismo, the Nissan GT-R Nismo is the fastest production GT-R ever and is officially the fastest volume production car to lap the challenging Nürburgring circuit in Germany, with an astonishing lap time of 7:08.679. 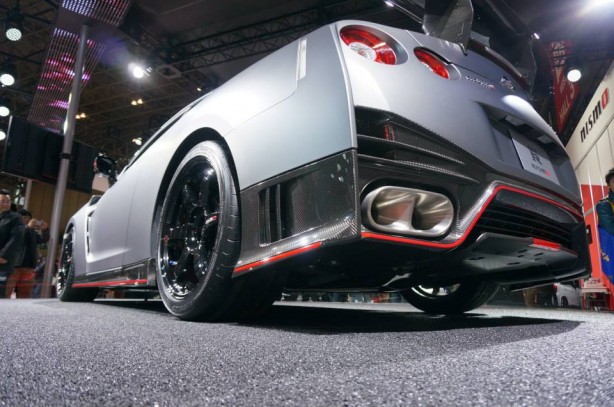 Under the bonnet of the GT-R Nismo is a 3.8-litre twin-turbocharged V6 VR38DETT engine derived from the standard 2014 Nissan GT-R, but complete with race inspired modifications that include new high-flow, large diameter turbochargers from the GT3 racer, as well as optimised individual ignition timing control for each cylinder and upgraded fuel pump that improves combustion. The result is a lift of its output to 442kW of power and 652Nm of torque.

The version displayed at Tokyo Auto Salon has been fitted with the Nismo special option pack, which is essentially the same specially tuned kit equipped on the GT-R that pounded the Nürburgring circuit. 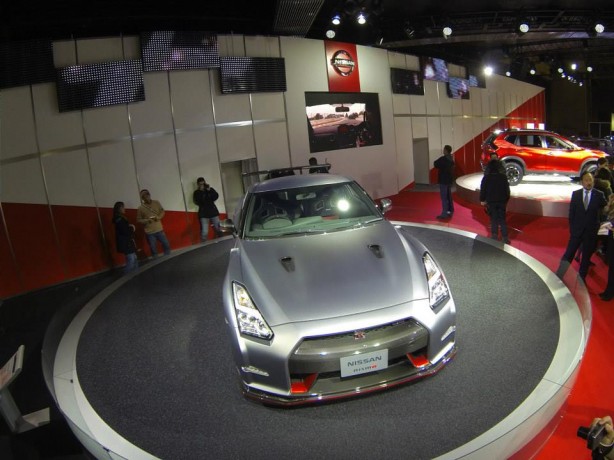 The factory tuned supercar sports a modified body kit for improved aerodynamics. Its suspension setup is inspired by the Nismo racing GT-R that is said to combine agility, road-holding and handling without compromising refinement. The springs and custom-developed Bilstein DampTronic dampers at both ends of the car are tuned specifically to maximise grip and progressive handling response at the limit.

The GT-R Nismo can be differentiated by new front and rear bumpers, side skirts and a large rear spoiler that contribute to increase downforce by more than 100kg at 300km/h. The black 6-spoke wheels are inspired by Nissan’s renowned GT500 race car. Owners can also specify the car in an exclusive colour called Dark Matte Grey (pictured here).

Sharing the stage with the GT-R Nismo were the company’s other racing cars set to participate in various races globally this year, including the Nissan GT-R Nismo GT500 that will race in the GT500 class of the 2014 Super GT Series and the Nissan ZEOD RC electric racing car that will compete at the 2014 Le Mans 24 Hours.