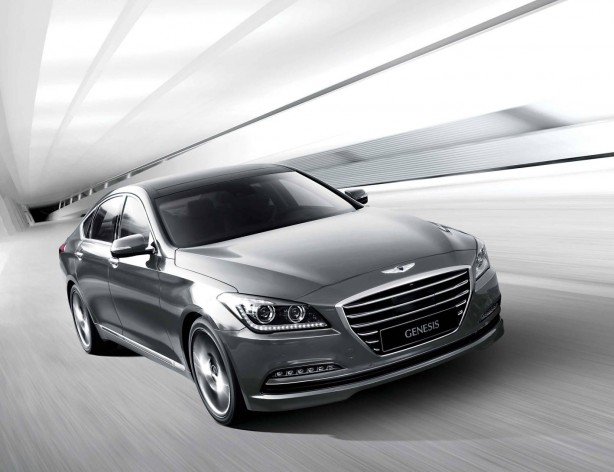 The car was unveiled for the first time officially at this week’s North American International Auto Show in Detroit promising luxury-class dynamics, quality, technology, equipment and refinement at an affordable price.

Australia will only be getting the 248kW Lambda 3.8-litre V6 powered Genesis as neither the 5.0-litre V8 Tau engine nor the HTRAC all-wheel drive system is engineered for right-hand drive. 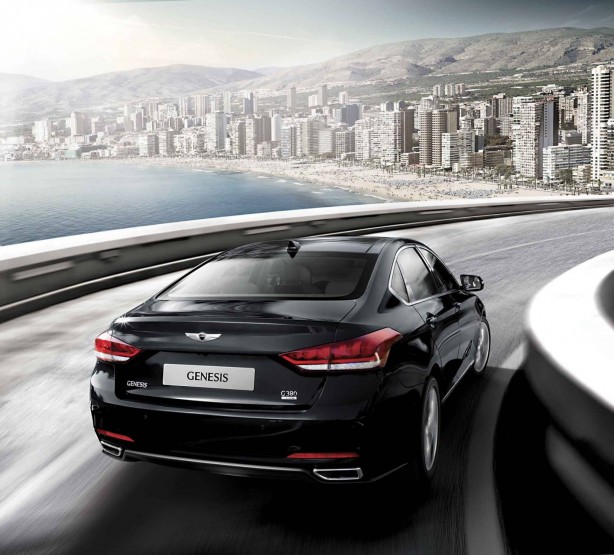 “Genesis is the Hyundai brand’s flagship car globally and we are delighted that for the first time, it will be engineered in right hand drive, allowing us to sell it in Australia,” said John Elsworth, Chief Executive Officer, Hyundai Motor Company Australia.

“This high-tech machine is the ideal showcase for what Hyundai can do, and is a superbly-engineered car, fit to rival the best from Europe at a substantially more accessible price point.”

When it arrives in Australia, the Genesis will bring Lexus GS and BMW 5 Series level of space and performance at around the same price of a Lexus IS and BMW 3 Series. 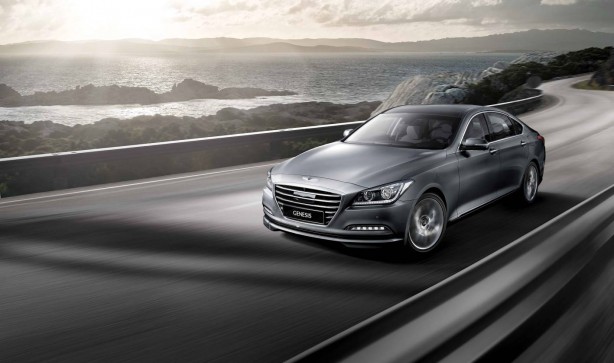 The second-generation Genesis sedan brings major improvements over its predecessor, winner of the coveted North American Car of The Year Award in 2009. 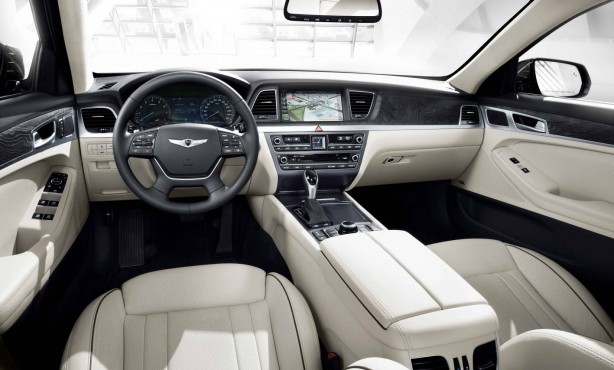 Inside is a 9.2-inch high-definition touchscreen with audio, ventilation and satellite-navigation control.

Australian-market Genesis sedan specifications and pricing will be announced closer to the car’s local launch in the third quarter of 2013.