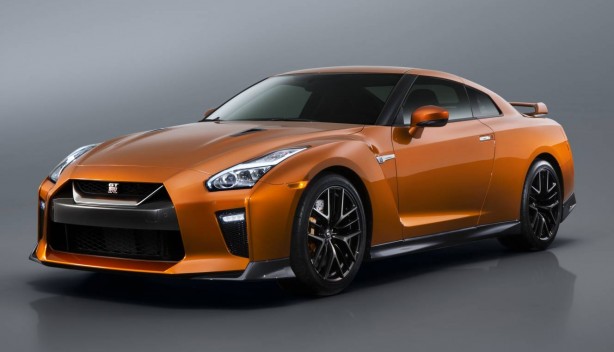 It’s finally happening, Australia will get its first taste of a modern Nismo engineered vehicle starting with the Nissan GT-R Track edition.

Nissan unveiled the facelifted 2016 GT-R at the New York International Auto Show today. The reveal highlighted not only interior and exterior upgrades but also performance and driving enhancements. This latest model represents the most significant changes made to the model since its introduction back in 2007.

The front end has been transformed starting with a new matte chrome finish ‘V-Motion’ grille which is Nissan’s latest design signature. The grille comes enlarged with a new mesh pattern to improve engine cooling. The hood has been significantly reinforced, contributing to stability during high-speed driving. The side sills have also been extruded out to improve air flow. A redesigned front lip spoiler and front bumper improve’s front end downforce while also giving the GT-R the look of a pure-bred race car. 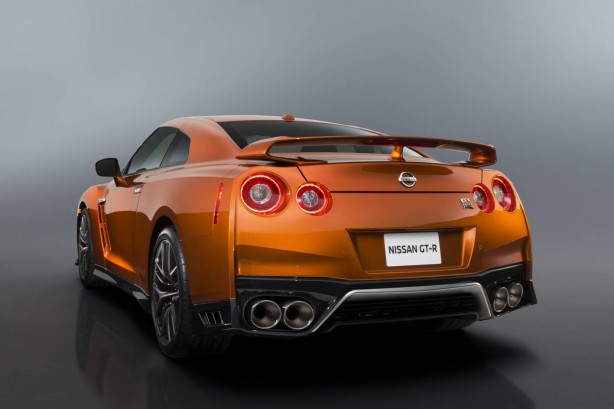 The rear of the vehicle also received a thorough makeover. The GT-R’s signature four-ring taillights remain, however, the bodywork around them has been tweaked to help improve air flow. The belt line that separates the lower black section from the body panel has also been raised to give the car a wider and more aggressive look from the rear.

The interior has a much more premium feel, thanks to the high-quality leather draped over the entire dashboard and instrument panel. The shape of the dashboard adopts what Nissan describes as ‘horizontal flow’, in the sense that it delivers a sense of increased stability for the car’s front-seat occupants. Continuing the flow, the line from the instrument cluster to the centre console provides a distinct driver-oriented environment for those behind the steering wheel. 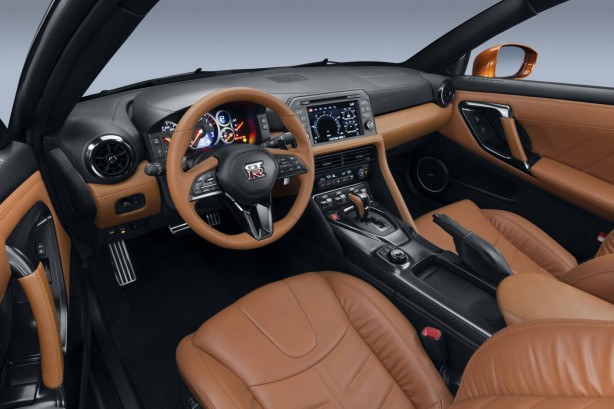 The centre dashboard layout has also been improved. Integrated navigation and audio controls cut the number of switches from 27 in the earlier model to only 11 in the 2016 model.  The touch screen has also been upgraded to a new eight-inch panel featuring larger icons that make it easy to operate. A new display control on the carbon fibre centre console allows easy operation.

Nissan will now mount the shift paddles on the steering wheel as opposed to the column in previous models. This will allow drivers to change gears mid-turn without having to take their hands off the wheel. The paddles themselves, have improved feel and better sound when engaged or adjusted.

The GT-R’s 3.8-litre twin-turbocharged V6 engine follows through, with each unit handcrafted by its own TAKUMI technician. The engine comes retuned and now delivers 419kW of power with 632Nm of torque. The improved output is the result of individual ignition timing control of the cylinders and extra boost from the turbochargers, these enhancements allow the new GT-R to acceleration harder from 3200 rpm onwards. The engine comes mated to a six-speed dual clutch transmission and features smoother shifts with less noise. 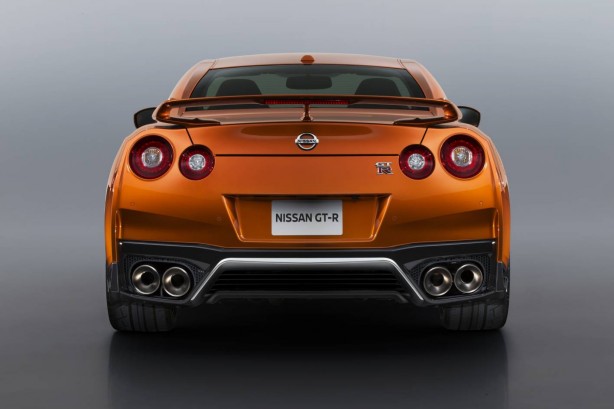 That familiar GT-R tone resonates through new titanium mufflers, however, Nissan has introduced the rather controversial Active Sound Enhancement (ASE) which injects fake engine noise via the speakers. A feature that was heavily criticised on the 2015 370z.

According to Nissan, the new GT-R exhibits a smoother ride quality than the outgoing model, and its cabin remains much quieter at all speeds due to the added sound absorption materials.

While pricing hasn’t been provided, Nissan has confirmed that a Premium and Nismo Tuned Track edition will arrive at Australian Nissan GT-R dealers in September 2016.