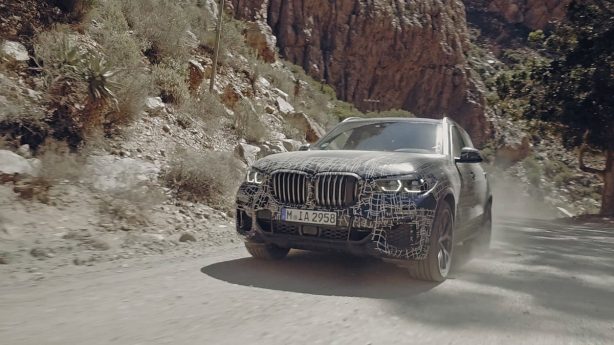 One day the new BMW X5 is being tested at the polar circle and the next it is already doing laps on the Nürburgring: The driving trials for the successor of the current X5 test both the car’s endurance as well as its versatility.

The fourth-generation BMW X5 prototype is now undergoing demanding and varied testing program as part of its development process ahead of its launch in late 2019.

The new model will introduce a new suspension and chassis systems, which are available for the first time in a BMW X model. The new offroad package in the next generation X5 promises an impressive combination of ride comfort on the road and versatility off road. The suspension system offers the possibility of changing the vehicle setup at the press of a button to suit the conditions of driving off the beaten track.

Be it snow, sand, rocks or gravel roads – the new BMW X5 is said to have the perfect powertrain and suspension setup for each surface. 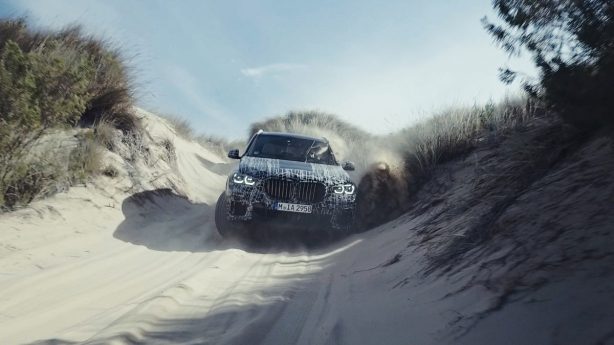 The prototypes proved how capably the new X5 accelerates, steers and brakes in the winter test centre in Arjeplog, Sweden, on South African gravel tracks and in the desert dune landscapes of the USA. They were subjected both to maximum cold and scorching heat.

Extremely dry mountain terrain as well as tropical humidity and muddy tracks had to be mastered by the new BMW X5.

Testing was also conducted on BMW’s testing grounds in Miramas in the South of France, on the high-speed circuit in Talladega in the US state of Alabama and on the Nürburgring racetrack in Germany.