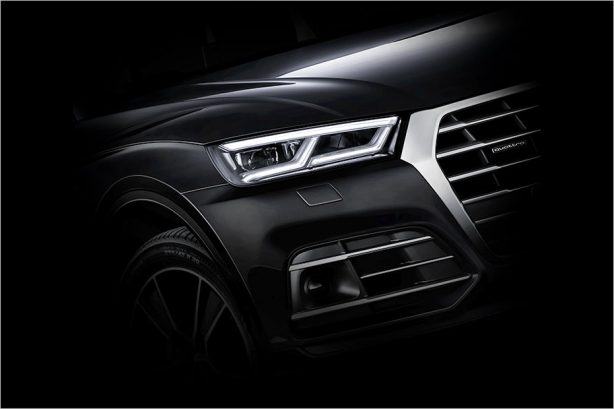 Audi is hyping up the anticipation toward to world premiere of the next-generation Q5 SUV with a second round of teaser. Following last week’s shadowy preview of the new Q5 with a single image of its taillight, the German manufacturer has today released two more teasers.

Both images focused on the front fascia this time, giving a glimpse at the new Q5’s more angular and sharper design that is heavily influenced by big brother Q7.

Like the rest of Audi’s SUV range, the headlights are now merged with the single frame trapezoidal grille, flanked by large bumper intakes. The LED daytime running lights appear squarer and the chiselled bonnet mimics that of the new A4. 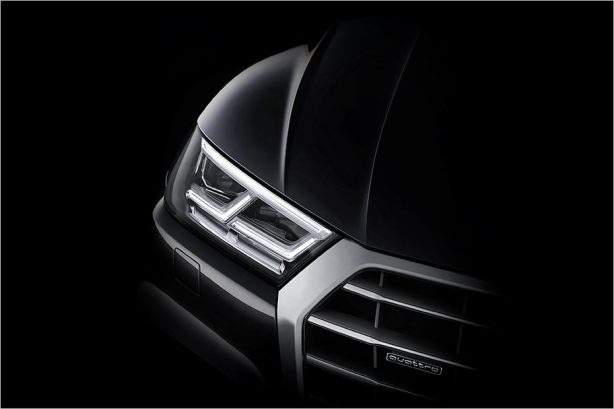 Audi has been tight-lipped on specifications for the new Q5, but if the recently launched A5 is anything to go by, we can expect the next-generation Q5 to receive updated versions of the 2.0-litre four-cylinder and 3.0-litre V6 engines that power the current range.

Like all new models from the Volkswagen group, the 2017 Q5 will ride on the company’s MQB platform and is expected to be around 100kg lighter than the outgoing model. It’s rumored the new model will be slightly longer than the current car, liberating more interior space.

New connectivity slated for the segment’s best seller include Apple Carplay and Android Auto as well as Audi Virtual Cockpit. 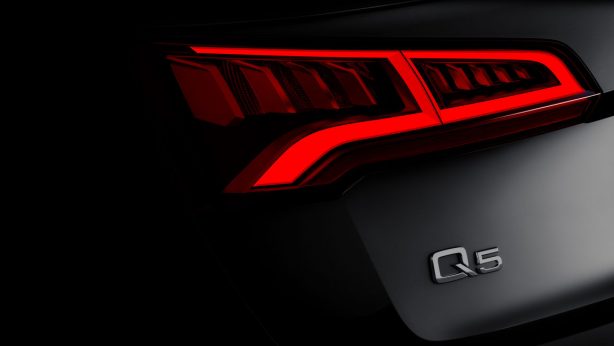 While the SQ5 tops the current range as the performance flagship, rumor has it that Audi will introduce a true RS badged Q5 to sit atop the SQ5 for the 2017 range. The most potent version could see more than 400hp (298kW).

The 2017 Audi Q5 will make its official debut at the Paris Motor Show this weekend.