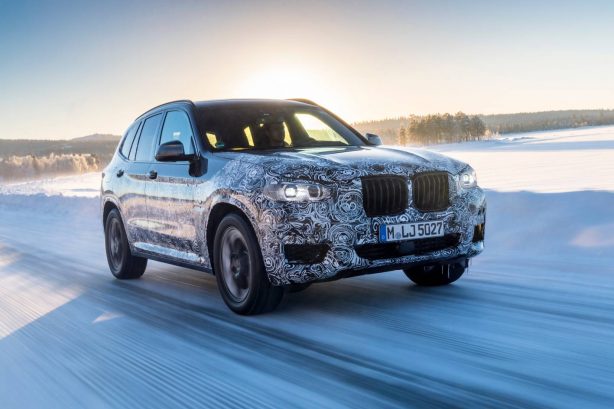 The next-generation BMW X3 is inching closer to production as a prototype was put through intensive winter testing in North Sweden. The three-month long winter testing program in the landscape around the small town of Arjeplog saw the X3 pre-production model put through its paces in cold, icy and snowy conditions.

Located in the historic province of Lapland barely 56km south of the polar circle, Arjeplog offers the ideal conditions for cold weather testing. An abundant amount of snow and temperatures of minus 20 degrees and below cause the many lakes in the surrounding area to freeze over. The resulting vast, even surfaces serve as proving grounds on which steering, suspension and drive characteristics can be meticulously tested and various different technical solutions compared against one another. 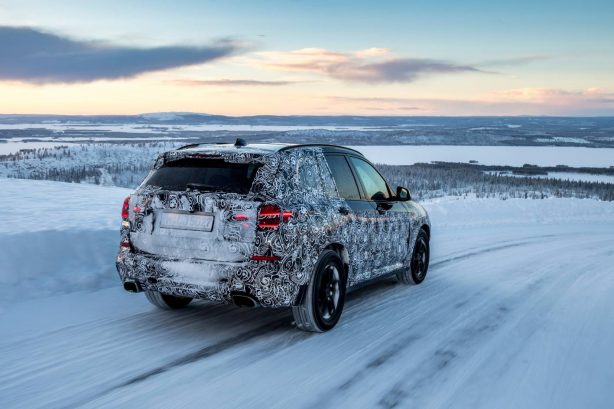 The heavily camouflaged BMW X3 does not reveal much of its final form, but the outline of the body shape indicates an evolution of the current generation design, rather than a complete restyle.

Due to arrive in Q4 this year, the 2018 BMW X3 will sit on the company’s new scalable all/rear-wheel-drive architecture. Like the current model, it will be available in a range of four and six cylinders petrol and diesel engines, joined by a new plug-in hybrid drivetrain. Speculation has also been rife about a forced-fed three-cylinder petrol making its way to the midsize SUV.