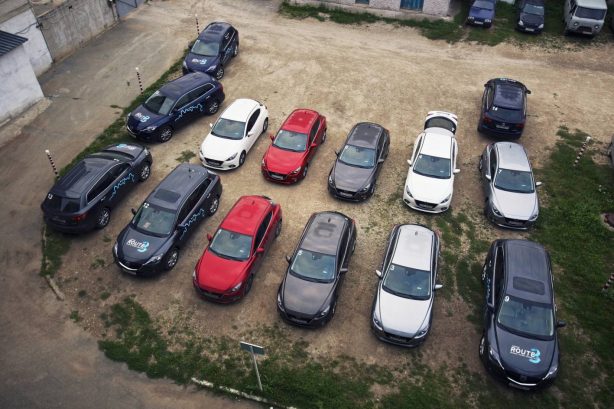 The 2013 Mazda3 Hiroshima to Frankfurt Challenge Tour has rolled into Moscow after 12,500 kilometres and 25 days on the road.

Departing from Vladivostok on August 2, the eight All-New Mazda3 hatchbacks involved in the 15,000 odyssey have braved the harsh road conditions across Russia, navigated their way through Siberia and dealt with changeable weather.

The 2013 Mazda3 Hiroshima to Frankfurt Challenger Tour is an epic seven stage journey across two continents, five countries and through over 30 cities and is modelled on long-distance Mazda drives held in 1977 and 1990. 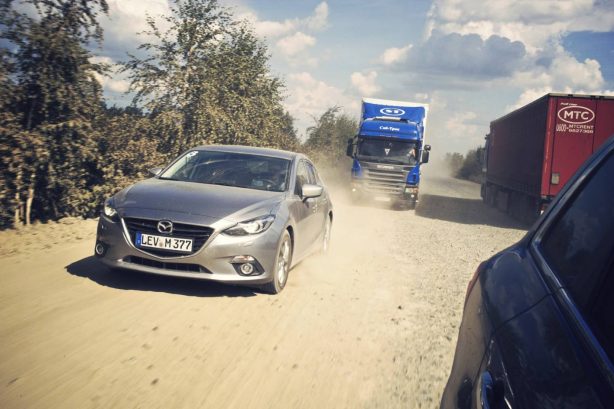 The convoy completed the 2,130 kilometre fifth stage and arrived in Tyumen on August 28. With the suspension damage the only serious issue faced so far, there was almost a close encounter of the smokey kind when a jerry-can suffered a 20-litre leak in a car driven by a heavy-smoking Russian journalist. After a quick clean-up danger was averted; however the strong smell of leaked fuel saw the car being driven with all four windows down and hatch up.

The 2,452 kilometre sixth stage left Tyumen, made its way over the Ural mountains – the mineral rich geographical border between Asia and what’s considered Europe – to Kungur, through Ufa, Kazeb, Nizhny Nogorod and onto the busy streets of Moscow.

Having crossed the great divide into ‘European’ Russia, the convoy of Mazda3s were escorted into Ufa – a historic town built on the orders of Ivan the Terrible – by the local Mazda car club where they received a hearty welcome. 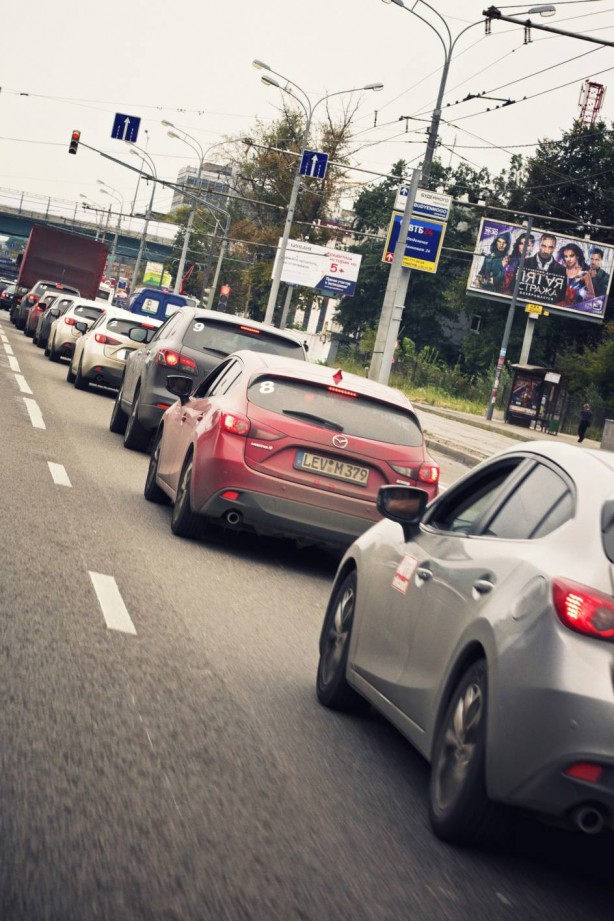 Continuing on, the convoy headed further west through Russia’s Volga region, an area known for its oil fields. Russia is still one of the world’s biggest producers and exporters of oil and the abundance of refineries scaring the landscape back this up.

With the worst of Russia’s road conditions behind them, the convoy endured a challenge not experienced on the trip so far – traffic congestion.

Only having to drive 400 kilometres on the last day of the stage, locals warned that it could take over three hours to drive a mere five kilometres in Moscow.

The millions of cars jostling for space on Moscow’s roads made the going slow and hairy at times, but the driving was made easier by the Mazda3’s Blind Spot Monitoring and Smart City Brake Support system.

With only one stage to go, the event ends in Frankfurt later this week.