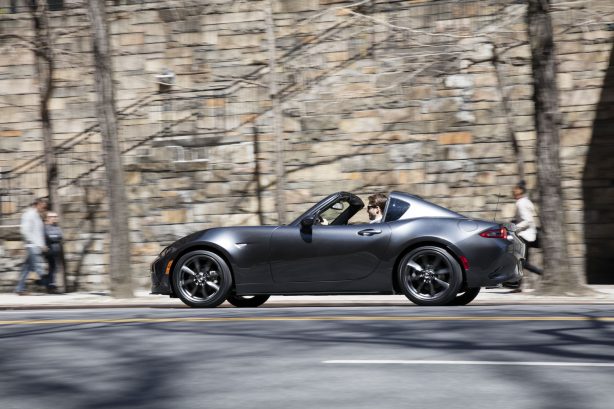 Eight months after its world premiere at the New York Auto Show in March 2016, the Mazda MX-5 RF launches in its native of Japan. And along with the introduction comes a batch of new photos offering a closer look at the retractable hard top version of the MX-5.

Unlike the previous generation of hard top MX-5, which had a folding roof that collapsed into the boot, the new MX-5 RF (stands for Retractable Fastback) features fastback styling with a smooth roofline that slopes down to the rear end. A section of the roof and back window can be folded into the boot for a new open-air feeling. The power roof can be opened or closed at speeds of up to 10km/h with the press of a button. 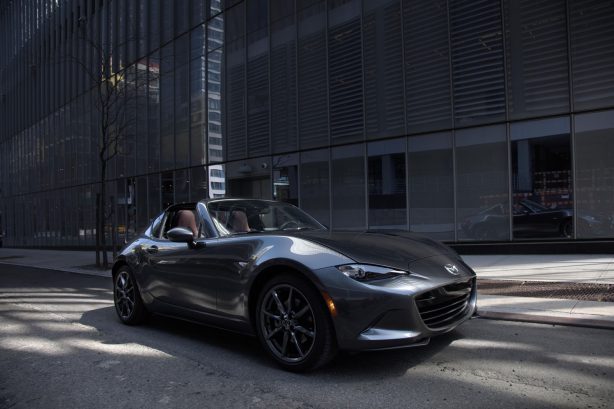 The suspension and Electric Power Assist Steering (EPAS) system have been tuned specifically for the MX-5 RF, while sound-absorbing headliner used on the inside of the front and middle roof panels combines with added sound insulation around the rear wheel housings provide a quieter cabin when the roof is closed.

The MX-5 RF will be available in Machine Gray, a new premium colour, which according to the Mazda, is specially designed to accentuate the beauty of the company’s KODO design language – a styling theme adopted in its range of models.

In Australia, the MX-5 RF will be exclusively powered by the SKYACTIV-G 2.0 petrol engine and is set to arrive in showrooms early next year.