Mazda Furai concept reduced to the ground by Top Gear 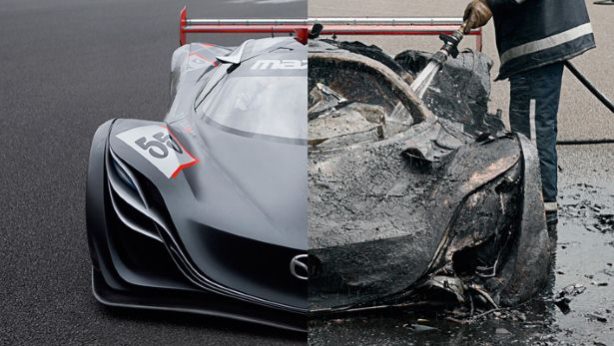 Here’s a piece of news that may come as a shock, or maybe not, seeing that it involved Top Gear. What you see here is what’s left of the Mazda Furai concept that wowed motor show crowds at the 2007 Detroit Auto Show.

It was the epitome of the Nagare design language that propelled Mazda into a new design era. It wasn’t just a good looking concept either, as it boasted a 340kW new generation 20B three-rotor wankel engine developed and built by Racing Beat – a renowned rotary tuner.

However, the concept is all but reduced to a crisped shell now, while in the hands of Top Gear – a famous TV car show, they told me.

Nobody knows what happened and how such an incident managed to stay under cover for so long, but the concept was handed to the show’s crew in 2008 and ended up burning to the ground. The story only came to the light of day as it makes its way into the show’s 20th anniversary magazine.

So, if you know the details, do let us know in the comments below.