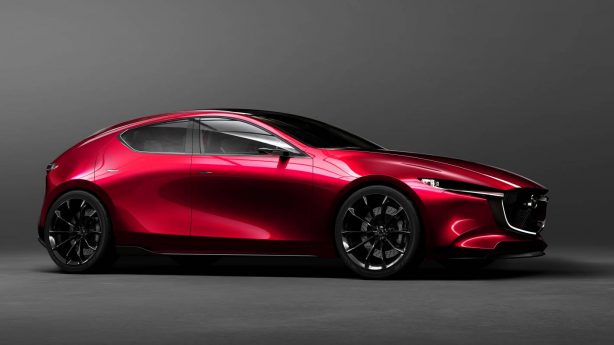 The revolutionary technology uses ultra-high compression ratio – as much as 18.0:1 – in a petrol engine to initiate combustion without the use of spark plugs, just like in a diesel engine. Mazda’s production HCCI engine will operate on conventional spark ignition on start up or low temperature conditions, then automatically and seamlessly switch to compression ignition. It’s claimed that the lean-burn process is claimed to produce more efficient combustion, which reduces fuel consumption and emissions. It’s said to improve fuel efficiency by up to 30 per cent, sipping as little as 3.5L/100km and releasing no more than 95g/km in emission for a 2.0-litre engine, with no compromise in engine performance.

Called Controlled Compression Ignition, the technology will be standard in the company’s next generation SkyActiv-X engines, which will enter production in 2019 and replace the current SkyActiv -G engines. 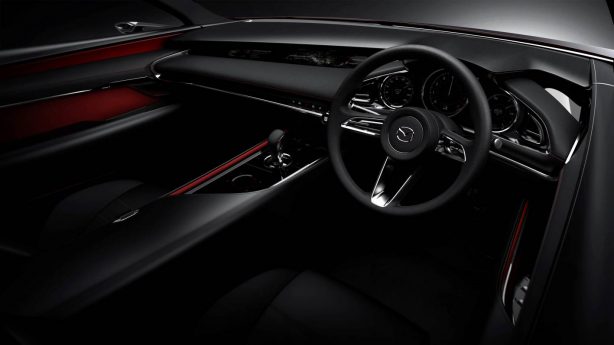 Also adopted in the KAI concept is Mazda’s next-generation SkyActive-Vehicle Architecture, which maximises “the human body’s inherent abilities and realises the ultimate connection between driver and car”. It’s said that combined with the SkyActiv-X engine, it delivers highly refined driving dynamics in every respect, from the performance feel and comfort, to the quietness of the ride.

Featuring an evolved Mazda KODO design, the KAI Concept’s body design does away with character lines and instead adopts boldly punctuated surfaces with constantly changing reflections that create a lively, emotional expression.

Mazda says the key to achieving this new design on the whole is the concept of “less is more”.

The same theme can be found inside the concept where the simplicity ideal further refines the Jinba-ittai experience Mazda is constantly working to achieve. 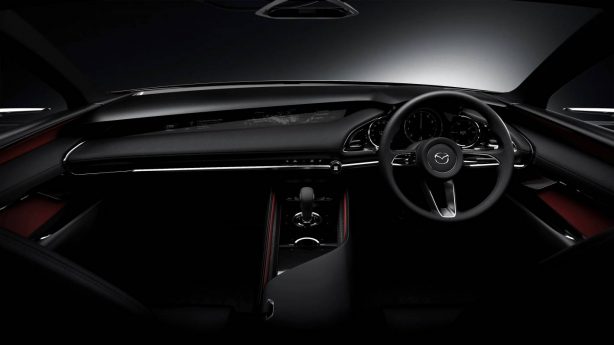 Appointments such as the instrument panel, door trim and center console are designed to leave open spaces between them. Every aspect of the cockpit design features perfect horizontal symmetry, while also placing the three-meter cluster and ventilation louvers directly in front of the driver.

In keeping with this theme, bright red accents subtly placed on the door trim and floor console help express the active nature that befits a hatchback. 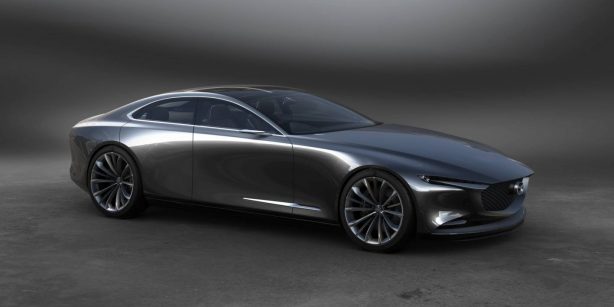 Also making its debut alongside the KAI Concept at the Tokyo Motor Show is the Mazda Vision Coupe. The design vision model is a four-door coupe that embodies the concepts that will define the next generation of Mazda design, which the company says is a more profound expression of the globally-acclaimed KODO design language it debuted on the Mazda CX-5 in 2012.