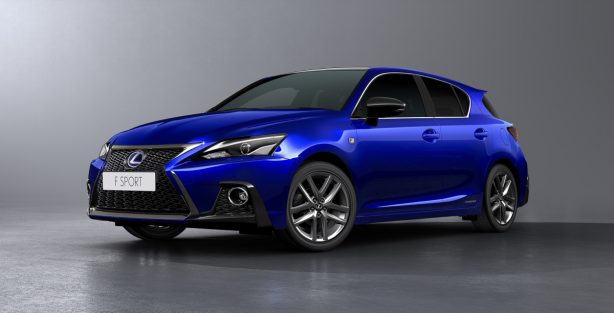 Lexus’ CT 200h hybrid hatch has been given a sweeping update that brings sportier styling, interior updates and new features.

Due in Australia in the fourth quarter of this year, the updated CT 200h commands a greater presence while enhancing its reputation for user-friendliness.

Global chief engineer Chika Kako said the CT 200h – the only exclusively hybrid Lexus model – has been refreshed and revitalised by enhancing its progressiveness.

“The car is more emotional and sporty than before, making it the ideal premium hybrid compact for younger customers who enjoy spirited driving, but still care about the environment,” Mr Kako said. 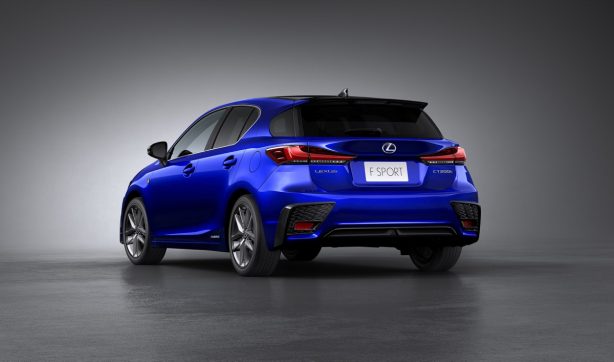 Visually the CT 200h is enhanced with a more aggressive front mask that features a restyled mesh pattern for the signature spindle grille.

Lexus’ trademark “arrowhead” daytime running lights have been repositioned above the single-projector headlamps, while the front bumper has been redesigned with larger lower intakes.

Spicing up the premium five-door hybrid’s profile are sportier wheels that include a new 10-spoke 16-inch design that features dark metallic paint with bright machine-finished surfaces.

At the rear, new L-shaped LED taillights gain upper and lower lines that thicken as they curve outwards for a sportier and wider appearance.

The lower part of the rear bumper, which is now metallic silver-and-black, has been reshaped to add to the hatch’s aggressive appearance. 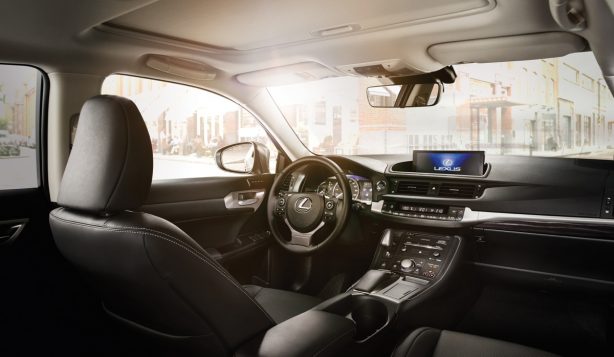 A stand-out feature of the interior is a newly available 10.3-inch display screen for the Lexus Navigation System, replacing the previous 7-inch screen.

For the performance-minded F Sport, designers have also targeted younger customers with design changes that focus on black components to reinforce the model’s sporty nature.

F Sport adopts black metallic paint for its exclusive mesh-pattern spindle grille, foglamp inserts and surrounds. Jet-black plating is used for the mouldings above and below the grille

The rear bezel has the same mesh design as the front grille while the lower garnish is also painted metallic black compared with silver for other variants.

Pricing for the new CT has yet to be announced but we don’t expect it to sway much from the current stickers. Currently the range opener Luxury variant kicks off at $39,990 plus on-roads. The F Sport comes in at $48,990, while the range-topping Sports Luxury is priced at $56,990.