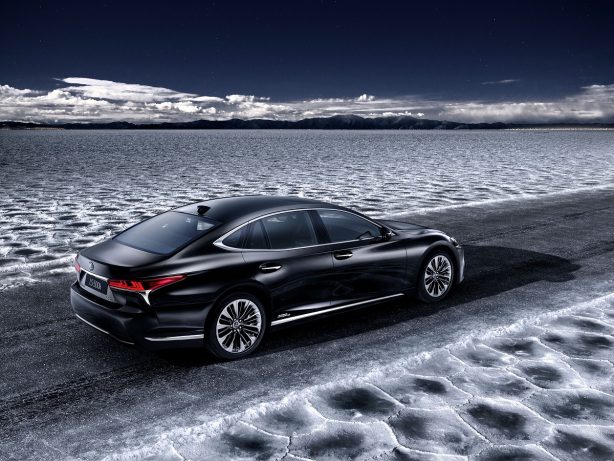 Hot on the heels of last month’s world premiere of the LS 500 flagship sedan, Lexus today announced it will debut the LS 500h hybrid variant at next month’s Geneva motor show.

Like the coupe, the LS 500h is expected to feature the brand’s newly developed Multi Stage Hybrid System which combines a 4-speed automatic gearbox with a continuously variable transmission.

The new 4-speed auto-CVT partnership is able to multiply each of the first three physical gears in the automatic transmission three times – turning three real ratios into nine virtual ones; the fourth physical ratio acts as an overdrive, enabling the V6 to spin at a much lower rpm when cruising. In essence, the additional automatic gearbox works in combination with the CVT to deliver 10 specific gear ratios.

Lexus claims the petrol-powered LS 500 will sprint from 0 to 100km/h in just 4.6 seconds. Expect the hybrid LS 500h to accomplish the feat in a second or two slower due to the power deficit.

At Geneva, Lexus will also debut a redesigned motor-show stand aimed at showcasing the brand’s hallmark craftsmanship, quality and safety while giving visitors an “immersive experience”.

The all-new Lexus LS range will arrive in Australia early next year with full pricing and specification announced closer to launch.