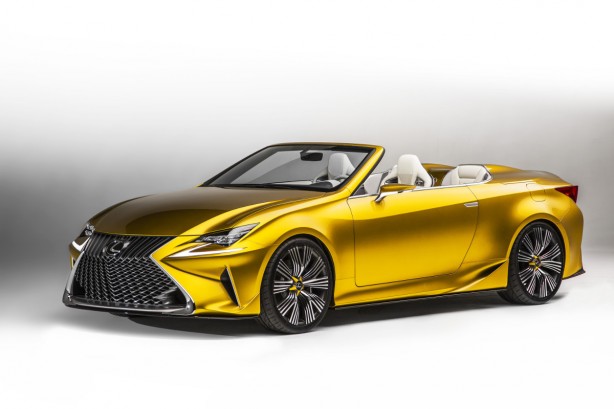 Following a couple of teaser images, Lexus has flipped the lid of its LF-C2 Roadster concept which made its debut at the 2014 Los Angeles Auto Show.

Designed as a 2+2 roadster, the LF-C2 does not have any kind of top covering the cabin, with its exterior design said to be influenced by the way various surface shapes interact with different types of light.

“We’ve been instinctively drawn to and inspired by those things that capture the beauty of light. When you put something in the right light, people see it in a way they never have before,” explains Lexus’ Chief Designer, Yasuo Kajino. 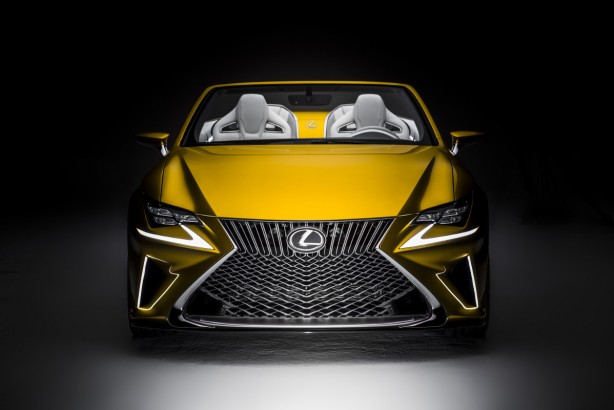 The front fascia of the LF-C2 is highlighted by a more experimental expression of Lexus’ signature spindle-shaped grille.

The concept’s grille features a refined braided mesh theme that displays Lexus’ high level of craftsmanship and changes its appearance when viewed from different angles and lighting conditions.

It sits between triangle-shaped LED headlights, a signature element of Lexus sports cars, and indicator lamps that initiate the character line of the LF-C2. 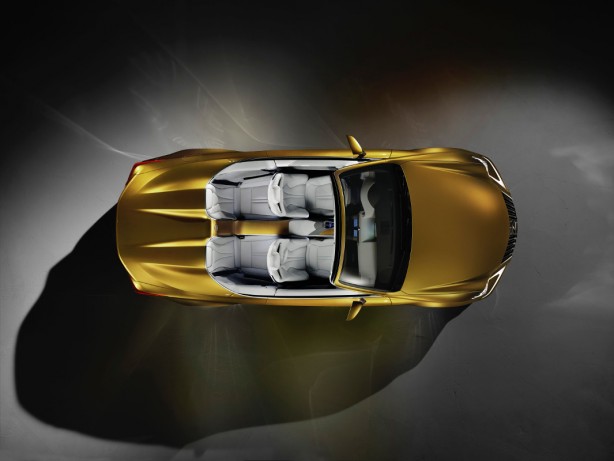 The character line sweeps through the car’s arrow-shaped body and ends at the abbreviated rear deck.

Vents in the front bumper send cool air to the brakes and help manage airflow through the body to help keep the front end stable at high speed.

The LF-C2’s profile shows a swooping line from the car’s front bumper fin to the steeply-angled A-pillar.

Small vents in the side sills direct air to the rear brakes and out the fin-like rear diffusers. 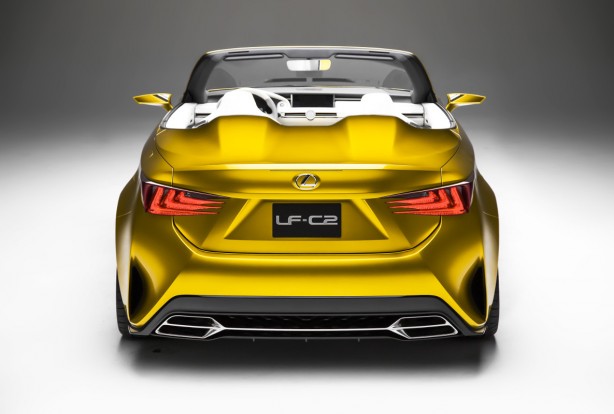 The rear end of the LF-C2 is highlighted by Lexus L-shaped taillight bulbs, an exhaust system with chrome-covered quad exhaust tips, and a new rear diffuser design.

The exterior extends into the cabin as the centre console originates from the rear deck and runs down the length of the cabin all the way to the dashboard. 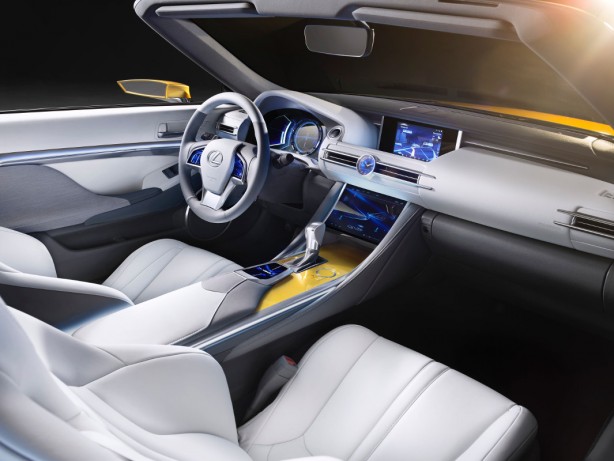 The dashboard design presents functional simplicity with an attractive-yet-straightforward instrument cluster, a central video monitor controlled by a remote touchpad on the centre console and a classically-styled analogue clock placed between the central air vents.

White-and-grey leather surfaces are soft to the touch while LED lights run along the length of the interior below the windows.

No details about the concept’s powertrain has been released by Lexus, an upcoming RC Convertible will likely share the coupe’s range of engines.