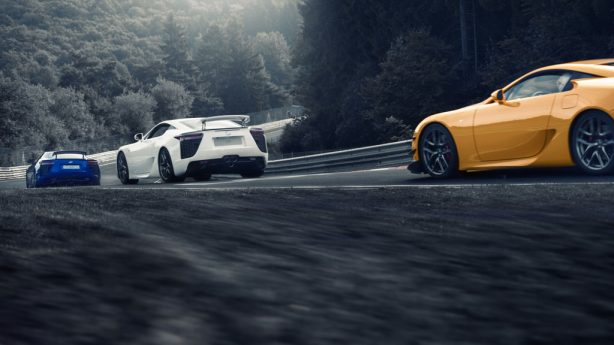 Early in September, two Lexus LFA owners took part in a special event at the Nürburgring circuit in Germany. Craig Zinn of Florida, USA and Aberhard Jung from Switzerland joined with fellow enthusiasts of other illustrious car marques to experience the thrill of high-speed driving at the world-famous Nordschleife circuit.

Before they could set out on the track, an expert Nürburgring professional instructor held a classroom session discussing the track and how to handle the characteristics which make it both so difficult and an ideal place to test cars. The class was followed by an evening of Omotenashi hospitality for the Lexus drivers at the luxury trackside hotel, the Lindner Congress & Motorsport Hotel Nürburgring. 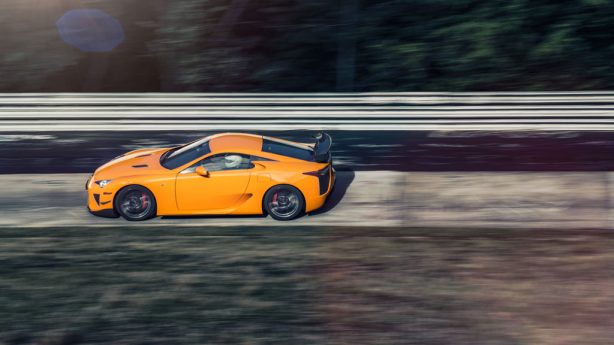 The following morning was crisp and surprisingly cool as the LFA supercars were delivered to the Lexus staging area and prepared for action. After a final briefing, Zinn and Jung – suited up and helmets fitted – followed the instructor around the famous circuit for a few laps of behind-the-wheel tuition. Steadily increasing speed, they prepared to take charge alone.

“It’s a great car,” said Zinn, pulling off his helmet at the end his morning session in the Pearl White model. “It’s comfortable and smooth and gives you the confidence to drive it fast.” And fast they drove, at times hitting speeds of almost 280km/h, demonstrating the LFA’s incredible flexibility to deliver breathtaking performance in the hands of non-professional drivers. “It’s so fast yet also balanced like a racing car… but everything inside still works!” exclaimed Jung, referring to the LFA’s hand-built finish quality, “Well it is a Lexus!” he laughed.

In the hospitality tent, Zinn – a Lexus dealer when the brand originally launched in the USA – relaxed on the leather sofa and recalled the impact the first Lexus LS400 had on the luxury car market. When it was launched in 1989, the flagship sedan established Lexus as a brand synonymous with impeccable build quality and excellent customer service. According to Zinn, it forced the incumbents in that class back to the drawing board to build better vehicles. 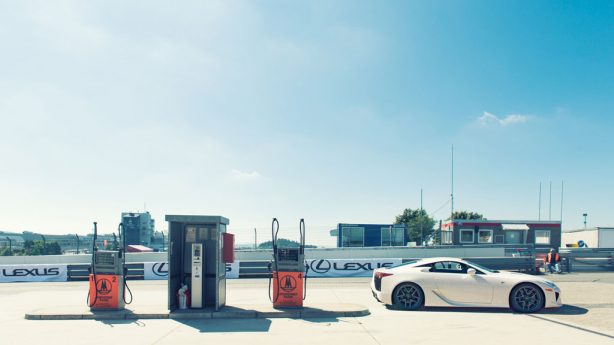 An entertaining man with an infectious laugh and a hundred stories, Zinn is also the proud owner of a Toyota 2000GT, which many believe was one of the greatest sports cars in the late 1960’s. He believes it’s the LFA’s true forefather, as the Lexus supercar shares both its sporting spirit and its impact on the automotive world at release.

After a trackside buffet lunch, the drivers once again pulled onto the track and put the LFAs through their paces in the ‘ring. Jung had talked animatedly about the handling characteristics of the LFA versus other brands, noting that he was cornering comfortably at high speed after only a few laps around the track in his own LFA Nürburgring edition.

He stayed out on the Nordschleife late into the afternoon, powering through hot laps with a combination of joy and intensity. Heads turned at the LFA’s high-pitched V10’s howl.