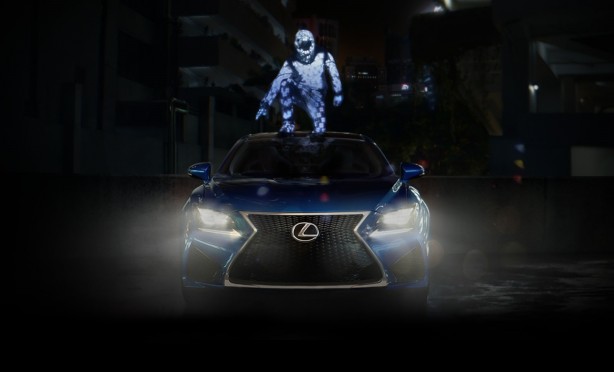 In the lead-up to the launch of one of Lexus’ most important models, the Lexus RC, the Japanese premium marque has created a series of short videos titled ‘Amazing in Motion’.

Chief amongst them is STROBE, which showcases Lexus’ innovative design and technology through imagination. Directed by Adam Berg, STROBE features stunt men and acrobatic performers in advanced LED light suits to tell the story of one man’s incredible journey across the Kuala Lumpur skyline at night.

A purpose built computer system and complex DMX software was created to wirelessly trigger the suits to strobe on demand, producing the breathtaking display seen in the film.

The second Amazing in Motion is the STEPS.

It tells the story of an 11-foot figure moving through the city in search of something special.

Directed by Daniel Kleinman, the aim of ‘Steps’ was to explore human motion in a different way. The figures featured were the result of painstaking hand craftsmanship combined with state of the art innovation, a balance of the organic human shape and technical precision where the story of their design was a story of a leap into the unknown.
Standing over 11 feet tall, each figure required 5 puppeteers all working in perfect harmony. The result was a human story that was truly Amazing In Motion.

The final short film is called SWARM, and is the result of cutting edge technology combined with imagination and creativity.

Executed in collaboration with KMel robotics, and directed by Sam Brown, Swarm’ takes advanced quadrotor technology out of the testing laboratory and into the real world, to produce a dramatic and engaging story. These unique quadrotors were inspired by the design and material principles of Lexus and constructed to an incredible level of detail and precision. Advanced motion capture camera technology is then used to programme the complex movement paths of each quadrotor, resulting in the stunning movement patterns seen in the film.