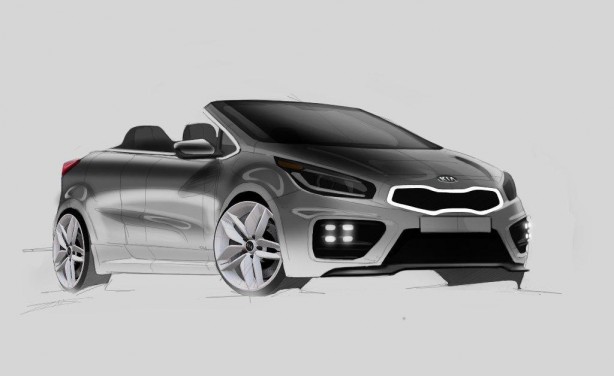 A cabrio version of the Kia pro_cee’d GT has been digitally imagined by a Kia enthusiast. Looking like an official render, the detailed computer sketch reveals an even more attractive concept of the already good looking pro_cee’d GT.

Kia had originally planned to release a soft-top variant of the three-door pro_cee’d coupe when it was first launched in 2007. However, the soft-top never made it into production as there wasn’t a market for a convertible Kia during that time.

Fast forward to 2013, Kia isn’t anymore the cheap and cheerful brand it used to be and there is now definitely a market for a sexy Kia convertible, if priced sharply. Let’s just hope this pro_cee’d GT cabrio concept gets the green light for production.