We all know how expensive the Lexus LFA is. But has Lexus really live up to its tag line – The Pursuit of Perfection, well enough to give 500 super-rich individuals on the planet what they deserve for their $375,000?

A team from Lexus Magazine was given an exclusive tour of the LFA birthplace, called the LFA Works at the Motomachi plant in Japan. After looking through the photos we come to know that not only 10,000 individual components were created from scratch just for the LFA, but also the tools, machinery and sections of the factory used to make them. The level of attention to detail Lexus put into building each LFA is just incredible. It is a shame that only 500 was ever going to be built.

So here is Lexus Magazine’s exclusive behind the scenes of the Lexus LFA building process. 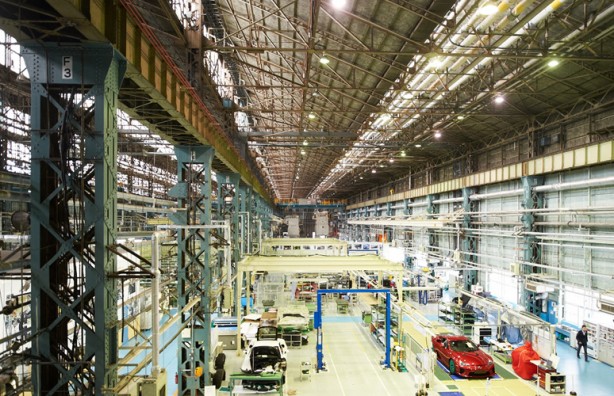 Enter either of the two buildings at the Motomachi plant, where the LFA is made, and you’ll find your senses quickly overloaded. Despite its hangar-like size, the place is more premium body shop than factory: paint scents hang in the air, while heaters and air extractors hum steadily, punctuated by the whirs and bursts of torque wrenches. And then there’s the car. It can be seen in all stages of assembly here, from sheets of carbon fabric to the finished article—a captivating sight. 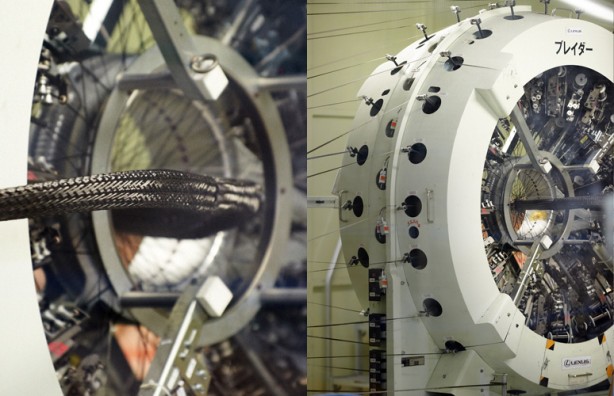 For each LFA, there’s about 10,000 parts, including engine, drivetrain, framing, and, of course, spools of carbon thread for the LFA’s ultra-light carbon-fiber components. The thread starts its plant journey at either the special 3D carbon-braiding machine or the now well-known Lexus “loom,” one of only a few in the world (shown here), that weaves the carbon into tubes of various thicknesses. 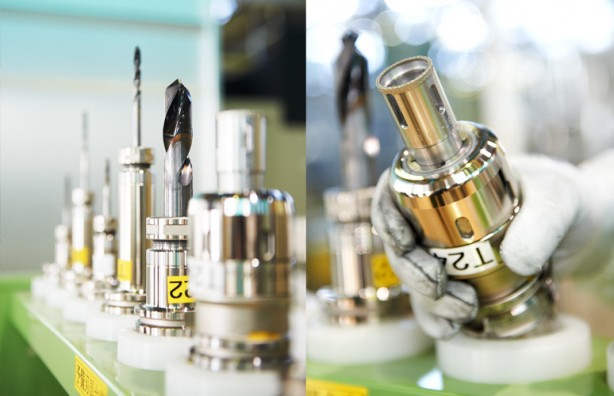 Once the LFA body shell takes form, holes are drilled for wiring and hoses. But drilling perfect holes in super-tough carbon fiber is no small task, as drilling specialist Akira Yamaguchi explains: “Carbon has its own complexities and uniqueness. It’s a little like bamboo under the drill. And every day I find out something new about the way it behaves. To account for this, we apply 32 different drill bits, some with bespoke tips and diamond coatings, for the finest, purest cuts.” 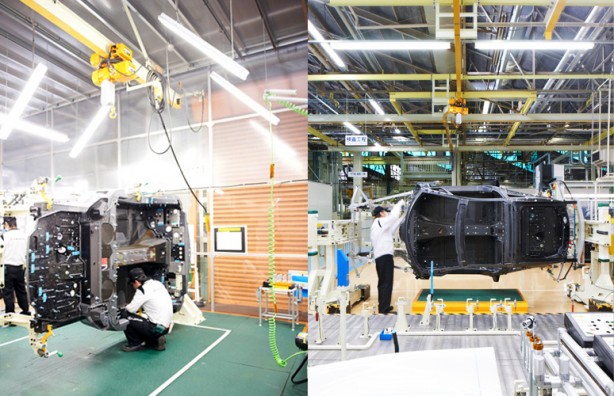 When the body shell components are complete, the surfaces are slightly roughened with a treatment of water and abrasives, which makes them ready for bonding. Then, for some parts, glue is applied by robot (one of the few around); after that, specialists apply glue to the remaining body shell parts and conduct initial inspections. 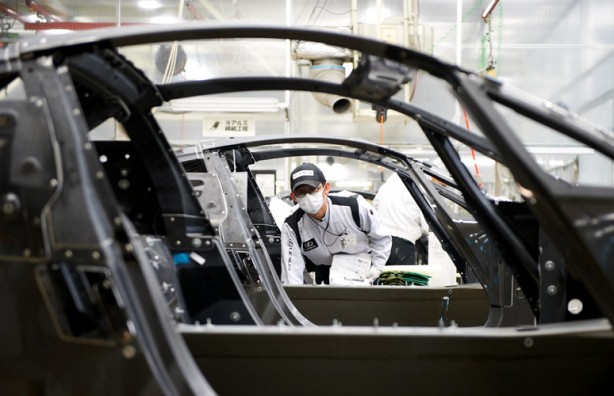 Here, Yoshinao Miyata, an expert on body rigidity, oversees strength tests for each assembled carbon-fiber body. Says Miyata: “We load the carbon body with 200 kilograms of weight. If a gauge registers a deformation over our tolerance at any critical point, it’s a fail. There have been no fails to date.”

Head over to Lexus Magazine for the full article.