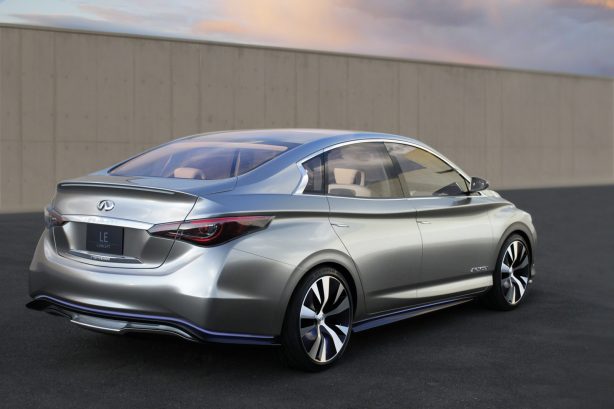 Speaking with Autonews Europe recently, Infiniti President, Roland Krueger told the publication the company is currently evaluating development of a pure electric model specifically for China, which is home to the world’s largest EV market last year, thanks to government incentives. 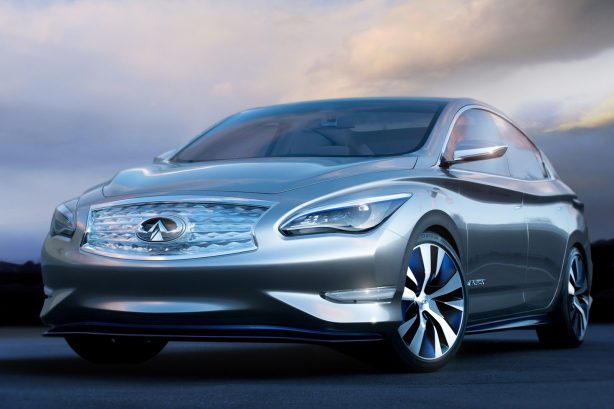 It now offers nine models in the country, five of which are SUVs with the remaining sedans. Six of them carry traditional petrol engines, while the rest are hybrids.

Infiniti will introduce the QX30 SUV – its tenth model – in China next month, featuring a 1.6-litre engine tailored for the Chinese market to qualify for a government tax cut for small capacity vehicles. 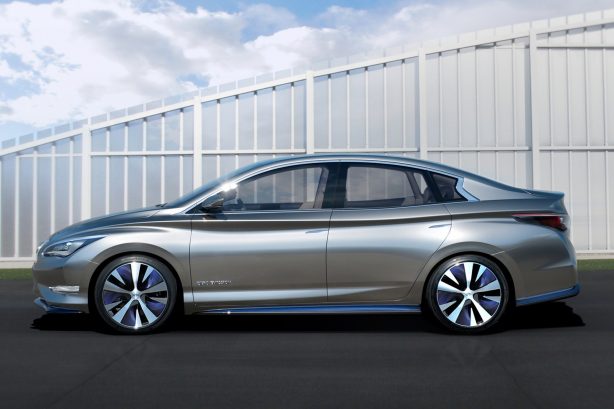 If the EV plan is approved, it could be followed by the production version of the Infiniti LE Sedan concept shown here, which made its debut in 2012 in New York.

The concept is based on the Nissan Leaf platform and propelled by a 100kW electric motor with 325Nm of torque. It draws its power from a 24kWh lithium-ion battery driving the front wheels. It is claimed to have a cruising range of around 160km before needing a recharge.