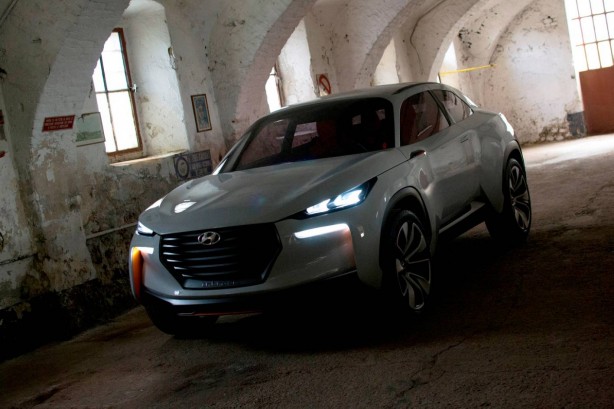 Hyundai has taken the wraps off the Intrado concept, which the company claims is ‘far more than a styling exercise’. In fact, the Intrado is created to showcase the brand’s advanced vehicle technologies.

Named after the underside of an aircraft’s wing, the car is built with advanced materials and technologies inspired by aircrafts. Its design sets the tone for the company’s Fluidic Sculpture 2.0 design language. 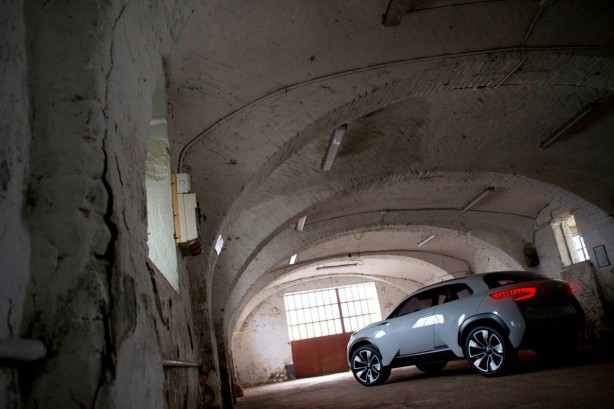 The sporty crossover’s distinctive shape is dictated by the need to be aerodynamically efficient and is free of unnecessary adornments and features minimal detailing. According to Hyundai, the car’s body panels are made of advanced super lightweight steel while the central frame structure is made of carbon fibre.

Inside, the Intrado continues its use of advanced materials and radical construction to deliver ‘the kind of functional beauty typically seen on high-end mountain bikes’. Components that are usually concealed are highlighted, including the ‘see-through’ air vents and exposed frame onto which the seats clip directly. 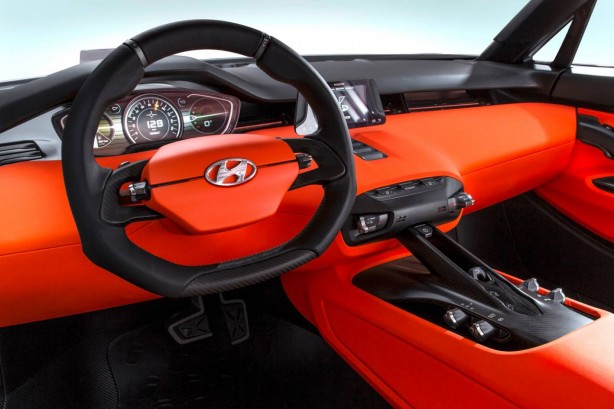 The Intrado is propelled by a next-generation hydrogen fuel-cell powertrain that utilises a li-ion 36 kWh battery. It has a range of up to 600km and emits only water from its tail end. It can also be recharged in just a few minutes.

The Hyundai Intrado concept is set to be reveald at the 2014 Geneva Motor Show.