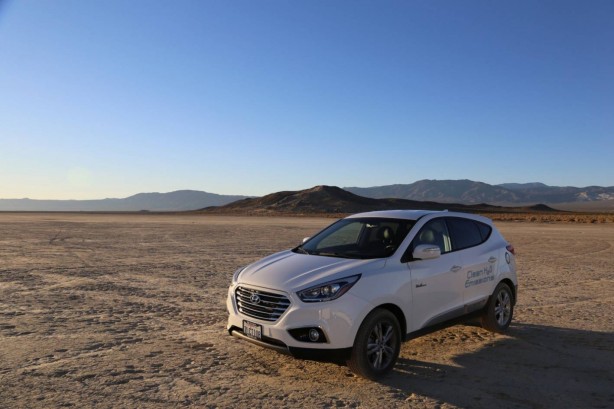 The ix35 Fuel Cell is the first mass-produced hydrogen vehicle and has become popular in southern California where a large concentration of hydrogen refueling stations exist. Currently there stands close to 100 units roaming the streets of California, the first of which was delivered to its owner in June 2014. 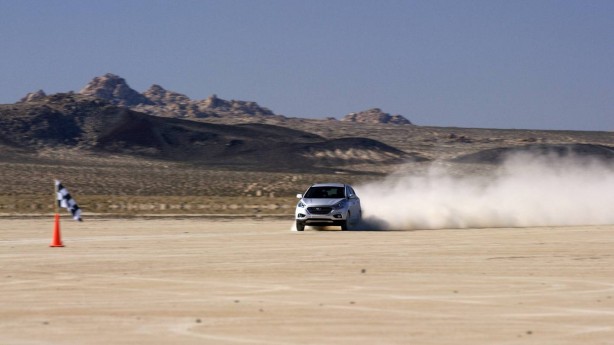 Hyundai claims the ix35 has a driving range of nearly 600kms on a single tank and takes less than a few minutes to refill from empty, the range and refueling convenience of this fuel cell rivals many gasoline vehicles emitting combustion-based emissions. Compared to regular petrol variants, hydrogen fuel can provide almost the same range but with one-fifth of the cost.

Hyundai representatives states that “Besides setting the production fuel cell SUV land speed record, this same fuel cell vehicle was able to easily traverse the off-road terrain of the lake bed’s surrounding desert environments, benefiting from the substantial ground clearance of a SUV. Even more, with fold-down seats and rear hatch access, it is able to better meet the various cargo-carrying needs of active individuals and families at the same time.” 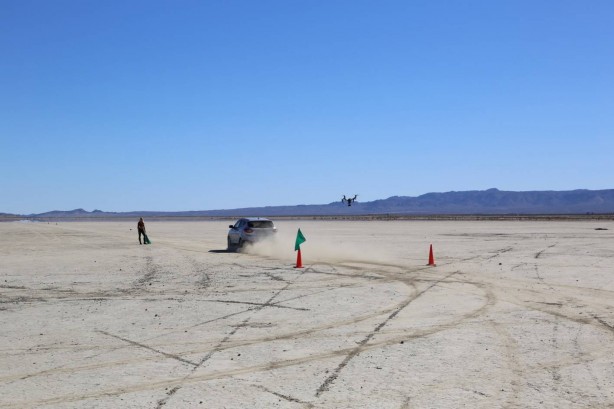 Australia is set to receive the ix35 Fuel Cell soon however we lack refueling stations to make the hydrogen vehicle feasible. Hyundai in their commitment to the technology has started the ball rolling and built their very own refueling station at their Macquarie Park headquarters