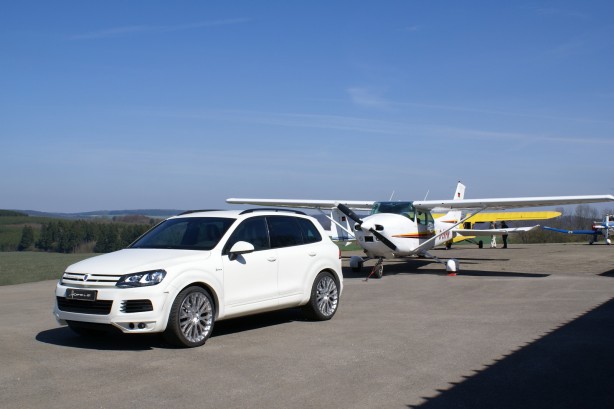 We have seen various tuners having a go at the Volkswagen Touareg’s twin under the skin, the Porsche Cayenne, but the Touareg seemed to be the neglected middle child with huge potential waiting to be discovered… that is, until now.

Hofele-Design has taken a Touareg II, specifically a V6 TDI, and transformed the mild mannered private school child into an athletic, in your face sprinter!

Called the Royal GT 470, the transformation is comprehensive and includes modifications to the exterior, interior as well as bits you can’t see, the chassis. 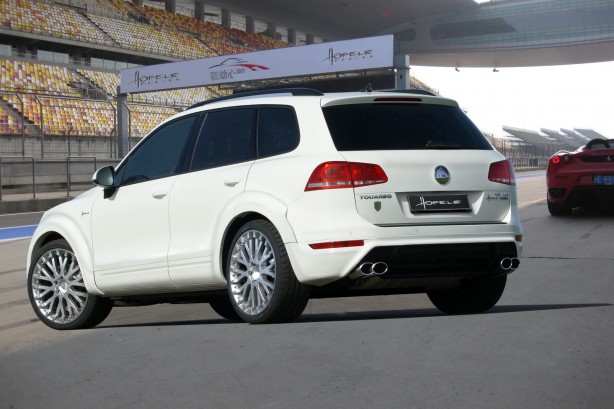 The first thing you will notice about Hofele-Design’s Touareg is the more aggressive stance courtesy of wheel arch extensions and a new front apron with integrated LEDs. A bonnet scoop and Hofele-Design’s bespoke front grille completes the makeover at the front. At the rear, a new apron houses a diffuser and a choice of two different sets of exhaust tail pipe designs.

The Royal GT 470 is suspended on electronic air suspensions, which allows the driver to drop the ride height by up to 40mm at speeds of up to 80km/h (50mph). The SUV rides on 20- or 22-inch alloy wheels.

Inside, the cabin is draped in acres of white and black leather, with Hofele-Design’s crest on the seat back and door trim.

Check out the pictures below.

Yes, Volkswagen says it is “an ambassador for future performance vehicles for VW R.” The …