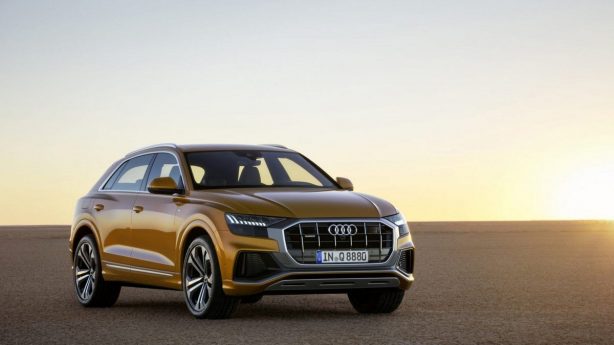 First images of Audi’s all-new Q8 have surfaced on the web ahead of its official unveiling in Shenzhen, China tomorrow.

Brought to us by Observador, the production Q8 remains relatively faithful to the Q8 concept that was unveiled at the North American International Auto Show last year. 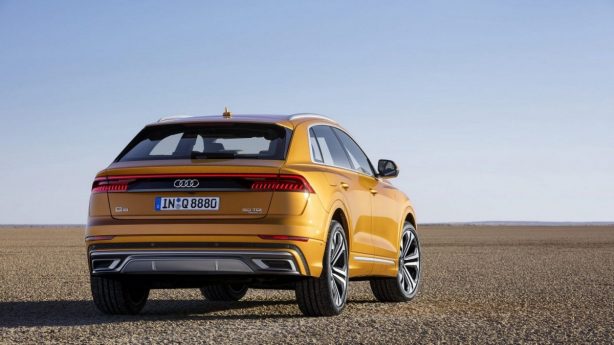 In fact, the SUV’s front fascia has made it to production almost unchanged, with the prominent Singleframe grille featuring vertical chrome strips and contrasting grey surround.

The rear end is equally similar to the concept, with crisp LED taillights joint by a thin LED strip and a pair of dual exhaust further down. The Q8 will reportedly feature frameless windows to fit in with its coupe persona. 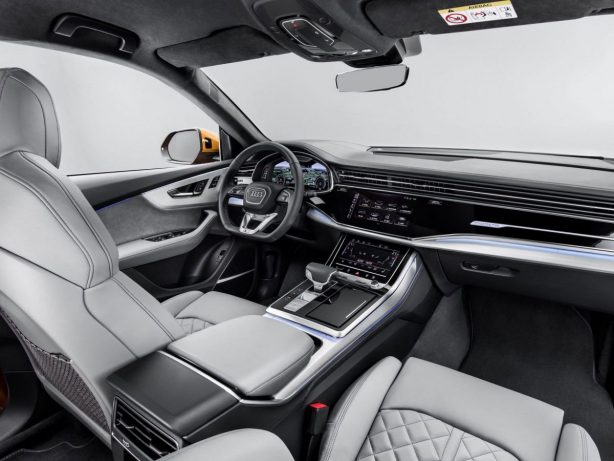 Inside, the interior gets Range Rover Velar-style dual screen on the centre console – one for the infotainment system, while the other for climate control and convenience features. Audi’s lauded Virtual Cockpit also makes an appearance in the Q8, along with a flat-bottomed steering wheel.

The five-seater cabin is upholstered in leather and Alcantara, as well as strategically placed metallic accents to break up the piano black trim.

Under the bonnet, the Q8 will be powered by a range of petrol and diesel engines with mild-hybrid technology.