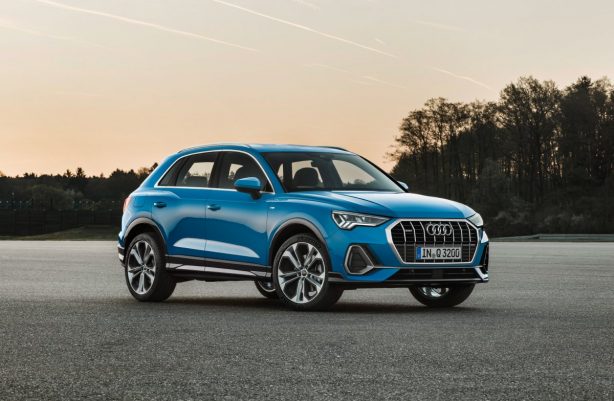 With sportier styling than its predecessor, the new Audi Q3 features the company’s bold-new Singleframe front grille in octagon design. They characterise the masculine front-end with its intensive play of light and shadow. Available in three version up to Matrix LED, the narrow headlights run inwards with their wedge shape while the side view epitomises the balance of the exterior design with the symmetrical lighting graphics of the headlights and rear lights.

The shoulder line connects them, providing an athletic impression accentuating the strong muscular wheel arches. Supported by a long roof edge spoiler, which also flanks the rear window at the side, the steeply raked D-pillars of the body line also create an appearance of forward thrust. 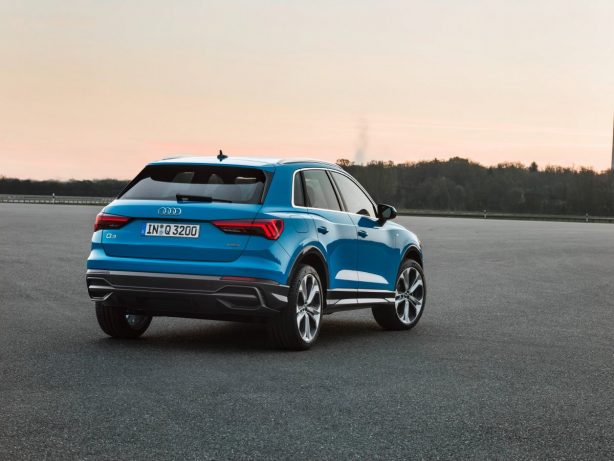 The interior continues the design of the exterior and echoing the brand’s larger models, with the new operating concept which features the MMI touch display with its high-gloss black glass-look surround as its central element. Together with the air conditioning controls positioned underneath, it is tilted 10 degrees toward the driver with all displays, buttons and controls located ergonomically. 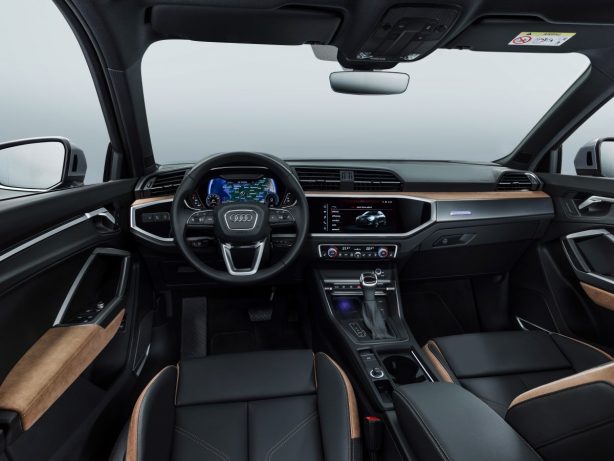 Compared with its predecessor, the new Audi Q3 has grown in virtually all dimensions measuring 4485 mm long, 1856 mm wide and 1585 mm high. Its wheelbase has been stretched by 77 mm for greater internal space and the rear seats can be moved fore/aft by 150 mm for greater versatility. The three-way split backrests in the ratio 40:20:40 can be tilted in seven stages and depending on the position of the rear seats and backrests, the luggage compartment allows between 530 and 1525 litres of storage. The loading floor can also be adjusted in three levels and the parcel shelf can be stowed underneath the floor if not needed, while an electric tailgate– operated with a kicking motion – is also available as an option.

The operating and display concept of the Q3 has been overhauled from the ground up, completely removing the analog instruments. Every Q3 includes a digital instrument cluster with a 10.25-inch screen, which the driver operates using the multifunction steering wheel. With the top-of-the-line MMI navigation plus, the displays appear in the Audi virtual cockpit, which offers many additional functions. There is also a 10.1-inch touch display, and as an option, the driver can choose the larger Audi virtual cockpit plus with three different views, including a new, particularly sporty display.

The new operating concept with its flat menu structure is supplemented by natural-language voice control which understands natural speech. The dialogue manager also asks questions if necessary, allows corrections and offers choices, but defers to the speaker when interrupted. 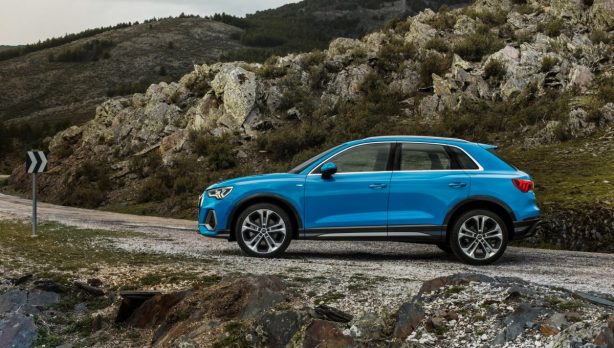 The adaptive cruise assist is a highlight of the assist systems, incorporating the functions of adaptive speed assist, traffic jam assist and active lane assist. In addition, the Audi Q3 makes manoeuvring easier thanks to the four 360 degree cameras which show the SUV’s immediate surroundings on the large infotainment screen.

On launch, the new Q3 will be available with four powertrains – three petrol and one diesel unit in combination with front-wheel or quattro all-wheel-drive. All engines are turbocharged four-cylinder direct injection units with power output ranging from 110kW to 169kW. These work with a seven-speed S tronic dual clutch transmission. Offroad, the quattro permanent all-wheel drive delivers optimum traction and assurance, while the optional hill descent control maintains the preset speed on a steep downhill gradient.

The all-new second-generation Audi Q3 is expected to arrive in Australia mid-2019. Further details including the model line-up, pricing and specification will be announced closer to launch.