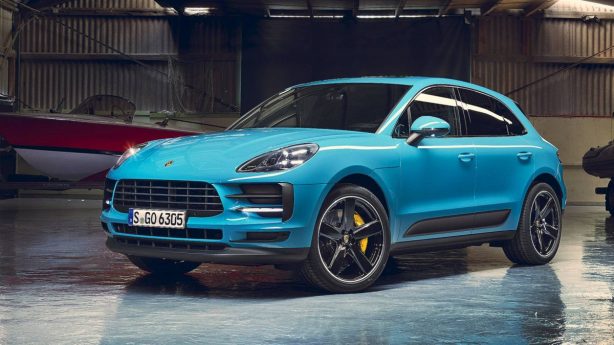 As is typical with the Germans, design changes are evolutionary; with the most obvious difference being the new head and taillights, and a subtler front fog-light strip.

However, it’s the Macan’s new posterior that draws the most attention, thanks to its full-width, three-dimensional LED taillights similar to those found on the Panamera. The four-point brake lights also bear a family resemblance to the rest of Porsche’s current line up. 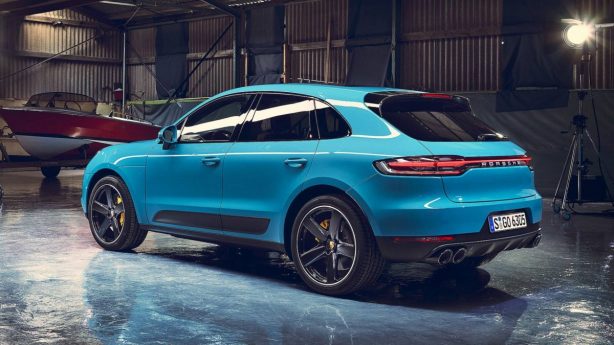 The car in the photos wears a new paint finish called Miami Blue. It joins other fresh palette such as Dolomite Silver Metallic, Crayon, and Mamba Green Metallic. Rounding off the exterior makeover is newly styled 20- and 21-inch alloy wheels.

Inside, drivers will find a bigger 11-inch full-HD infotainment screen pinched from the Panamera and new Cayenne, while the optional GT sports steering wheel with its integrated driving mode switch and ‘sports response button’ lends the interior a sportier vibe. 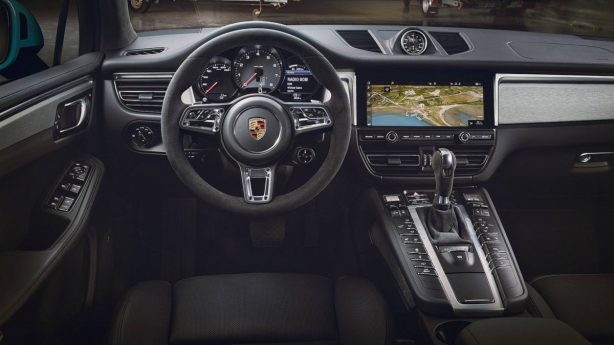 The centre air vents have also been redesigned and relocated to below the screen, although the familiar gauge and rows of buttons on either side of the gear shifter remain.

Porsche has expanded on the Macan’s comfort options to include a heated windscreen and an ioniser to improve the air quality in the cabin.

Other features include the addition of traffic jam assist with adaptive cruise control that stop, start and steer the SUV in slow-moving traffic. 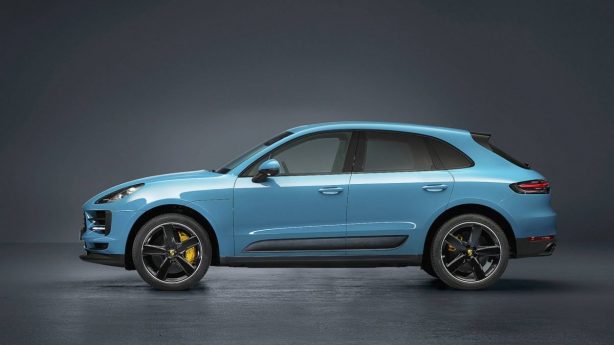 Porsche’s engineers have also optimised the Macan’s chassis to provide additional comfort while maintaining its sharp handling. There’s no word yet on the engine but expect all to have more power and better efficiency.

The 2019 Porsche Macan is scheduled to arrive in Australia in the first half of 2019.