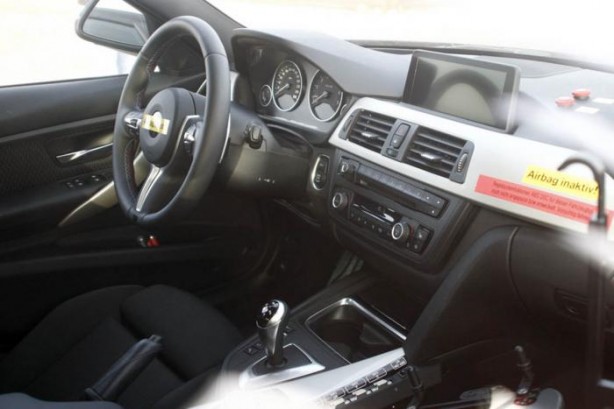 So far, we have only been seeing the new BMW M3’s exterior via various spy photographs. But now, AutoExpress in the UK has revealed what could be our first glimpse into the new M3’s cockpit.

As evident from these pictures, the interior is very much based on the mainstream F30 BMW 3-Series launched recently. However, there is a new sports steering with slimmer chrome detailed spokes and a sportier circular centre boss. It is clad in leather with the M Division’s trademark red, dark blue and light blue stitching around its perimeter. 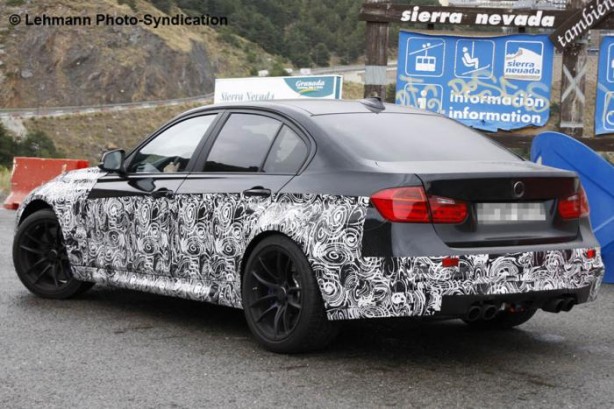 Eagle eyes readers will also spot the silver paddle shifters for the seven-speed dual-clutch transmission behind the wheel rim, set to be paired with the first turbocharged six-cylinder engine in the M3’s illustrious history.

There will almost certainly be a full head-up display that includes an M rev counter when the more aggressive ‘M’ mode is chosen, while traditional white-on-black round dials will convey the analogue speed and rev readings.

The pre-requisite ‘M’ Drive buttons are situated next to the joystick style gear lever. It allows the driver to make changes to the suspension and throttle mapping via the 6.5-inch retractable centre screen.

Refreshingly, a traditional handbrake is in place of an electronic button version. 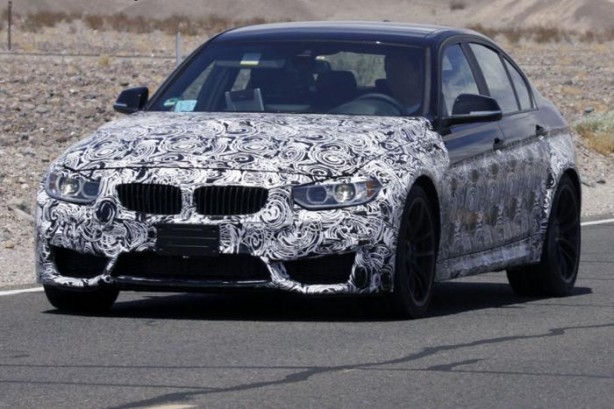 The new M3 sedan you see here will have a 50mm longer wheelbase and wider tracks. In profile, the M3’s much loved bonnet bulge is clearly visible as well.

As with previous generation M3s, the new car will sport chunkier front and rear bumpers, side skirts and larger alloy wheels. The sports sedan’s trademark quad pipes will also be carried over into the new generation. The new BMW M3 will be around 40kg lighter than the current car and slightly quicker too.