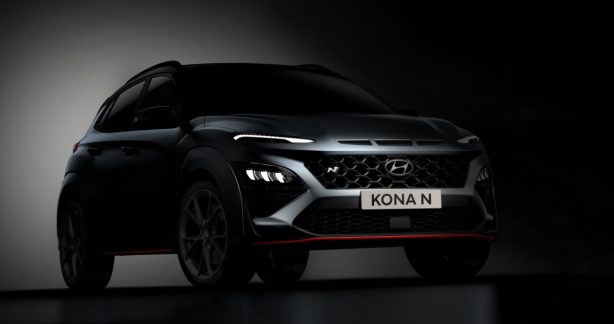 Hyundai has released a number of official teaser images giving us a glimpse of its highly anticipated 2022 Kona N high-performance SUV. 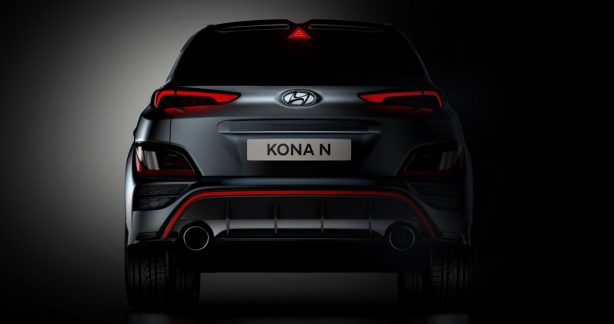 Elsewhere, we can see a red accent line on the lower part of the front bumper that extends to the SUV’s sides and back. Around the rear, there’s a pair of sporty large diameter tailpipes, along with what looks like a gloss black rear diffuser. Further up, there’s a chunky roof mounted “double-wing” rear spoiler equipped with N’s trademark triangular third brake light.

Hyundai is tight-lipped on the Kona N’s technical specification, but the carmaker has previously confirmed the model will pack a turbocharged 2.0-litre engine matched with an eight-speed dual-clutch transmission. Our guess is it’s a similar unit to that found under the facelifted i30 N hothatch, where it produces 205kW and 353Nm of torque. 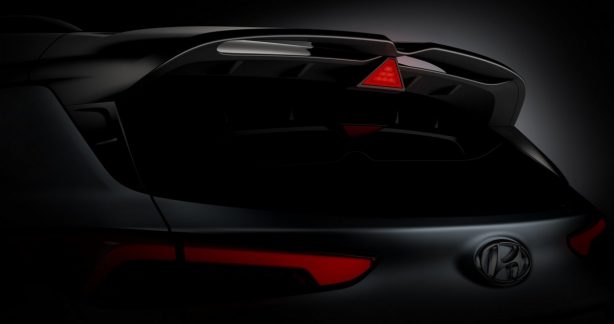 Hyundai says the Kona N will deliver a “powerful and nimble driving experience” as well as a “variety of high-performance driving features such as launch control.”