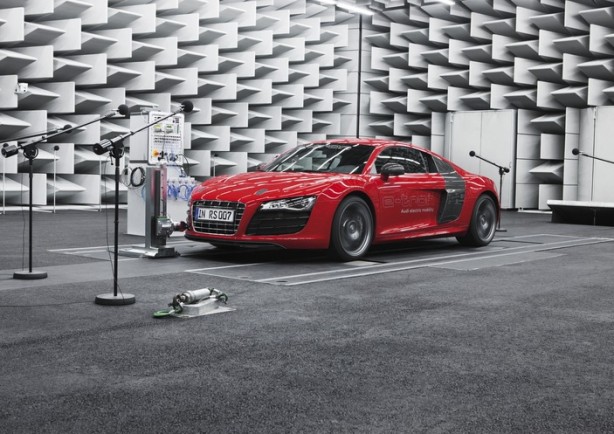 We all know that electric cars will likely be part of our motoring future. From the little Mitsubishi i–Miev to the Audi R8 e-tron, manufacturers are frantically developing practical electric cars that provide the cruising range of internal combustion engines, but without the nasty tail pipe emissions associated with them.

However, unlike internal combustion engines where one of the by products is the engine sound, electric motors are almost silent when in operation. This causes a couple of dilemmas for car manufacturers: First, there is the safety aspect. In urban areas under slow to moderate speeds, an electric car can creep up to pedestrians almost in silence. Second, a car’s sound is emotional. Almost all sports cars have their own signature ‘tunes’ that appeal to enthusiasts and is crucial to the whole driving experience. Take away that sound, the car is a likened to losing its soul.

Manufacturers have therefore resorted to creating synthetic sounds for their cars. Audi is one such manufacturer. The brand has developed what it calls the ‘Audi e-sound’ to go with the company’s upcoming R8 e-tron electric supercar, and the person responsible for it is Audi acoustic engineer, Rudolf Halbmeir. 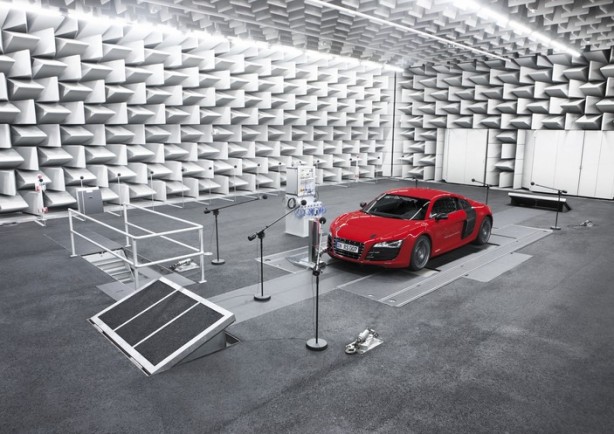 Halbmeir, together with his colleagues use computers to ‘compose’ the engine sound for the R8 e-tron. They use software to mix and listen to tones, assess, and then re-mix. Where do he and his colleagues get inspiration for the sounds from?

“Some science-fiction films provided inspiration suitable for certain frequency ranges,” replied Halbmeir. “But there was nothing in the real world which offered quite the right sound. When you compose music or sounds, you have to be true to your convictions. The moment you cut corners, you essentially end up with elevator music.”

Audi’s e-sound may be artificial but the way it is generated is rather advanced. The control unit generates the sound based on the electric motor’s rotational speed, vehicle speed, loads and other parameters. 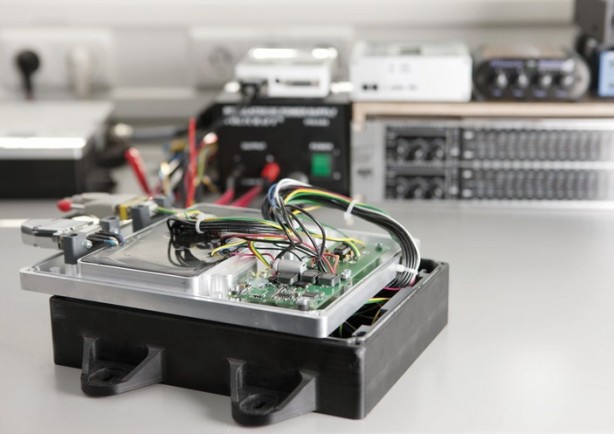 The sound is then broadcast via a sturdy loudspeaker attached to the car’s undercarriage. The loudspeaker is designed to produce as much as 40 watts, but during normal operating condition, it ranges between 5 and 8 watts. According to Axel Brombach, a sound specialist in this field, that’s loud enough to be heard by pedestrians and cyclists near the e-tron.

Some of the sound also enters into the vehicle’s interior via airborne and structure-borne sound waves, but the R8 e-tron’s interior was designed to be ‘calm’ to offer the unique experience of electric driving.

The sound signature for the R8 e-tron is just the beginning. The German company will eventually have a bespoke sound for each and everyone of its e-tron range of electric vehicles.

Check out the e-sound video Audi by clicking here.